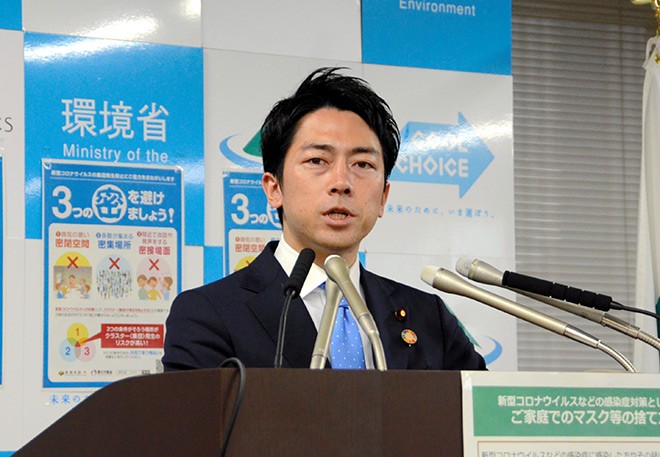 The nation’s greenhouse gas emissions marked the sixth straight year of decline, putting the country on track to meet its Paris Agreement target for 2030, according to the Environment Ministry.

Total emissions in fiscal 2019 fell by 2.7 percent from the previous year, according to preliminary figures released Dec. 8 by the ministry. That amounts to 1,213 million tons of carbon dioxide equivalents.

The decline coincided with a drop in output of steel, machinery and other products in the manufacturing sector as nuclear power plants went back online and more renewable energy was generated, the ministry said.

Industry was responsible for the most energy-related carbon dioxide emissions at 34.9 percent followed by transportation at 18.7 percent. Next came energy use in buildings, such as offices, at 17.3 percent, and energy use in households at 14.3 percent.

The ministry said there was almost no impact from the coronavirus pandemic in this year’s results. The virus only began to have an impact starting in or after April, which marked the start of fiscal 2020, the ministry added.

Despite the continued decline in carbon dioxide emissions, emissions of alternatives for chlorofluorocarbon, a common refrigerant and a greenhouse gas, are continuing to rise.

Under the Paris climate change agreement, Japan set a goal in 2015 to reduce its greenhouse gas emissions by 26 percent from its 2013 level by fiscal 2030.

The ministry said Japan is on course to achieve it, clocking a 14-percent reduction from the 2013 level in fiscal 2019.

Despite the progress toward meeting that target, Japan still faces a formidable challenge in achieving its new goals.

“The goal will be impossible to attain unless the country goes all out, not just continuing efforts undertaken to date,” the official said.