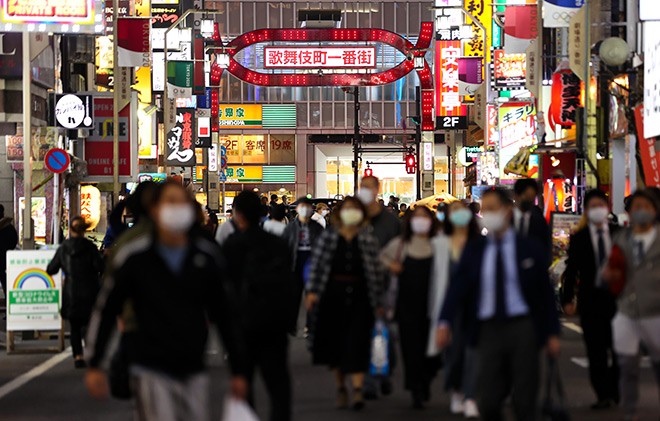 Tokyo logged 352 fresh cases of the novel coronavirus on Dec. 8, the first time the daily count in the capital has exceeded 300 since Dec. 6, when 327 new infections were confirmed.

In Tokyo, the number of serious cases requiring ventilators or extracorporeal membrane oxygenation, also known as an ECMO lung bypass machine, rose by five from the previous day to 60 on Dec. 8, metropolitan government officials said.

Tokyo officials on Dec. 7 said that 160 people who work at the capital’s Toyosu fish market had tested positive for the virus.

The first infection there was confirmed Aug. 15 among intermediary wholesalers and other employees at the site in Koto Ward.

As numbers kept rising, industry groups and others conducted voluntary testing. By Dec. 4, officials said 3,111 people had taken the test and 71 showed positive readings for the novel coronavirus.

Metropolitan government officials insist that an infection cluster had not broken out at the market because the cases did not occur at the same time and experts were unable to track routes of infection in some cases.

According to the health ministry, the number of severe COVID-19 patients nationwide marked a record high 530 as of Dec. 6.