Birthday events scrapped due to virus as Empress Masako turns 57 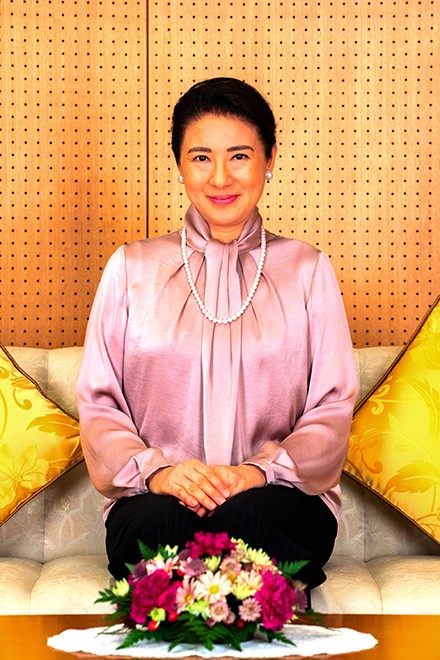 Empress Masako at her Akasaka Imperial Residence in Tokyo on Dec. 3 ahead of her 57th birthday on Dec. 9 (Provided by the Imperial Household Agency)

Empress Masako turned 57 on Dec. 9, but the Imperial Household Agency canceled celebratory events typically held to mark her birthday due to the novel coronavirus pandemic.

“I deeply feel that each person is precious and I want everyone to have happiness,” Masako said in a statement released by the agency.

She said the past year had allowed her to “deeply think about the importance and preciousness of life again.”

The empress also expressed her appreciation toward health care workers working around-the-clock to contain the virus and said she wishes that everybody “remember to treat each other with compassion, offer a helping hand to those in need and overcome this challenge together.”

Numerous events have been canceled due to the pandemic. Masako lamented that she has had fewer opportunities to “directly interact with people.”

But as of November, Masako resumed activities related to performing her royal duties by going online.

“I am grateful to have an opportunity to interact with (people) and I hope to continue to cherish such occasions,” Masako said.

She also expressed joy on learning that Japan’s Hayabusa2 spacecraft had successfully released a capsule likely carrying soil samples from the asteroid Ryugu. She said she is looking forward to seeing the accomplishment open doors to further scientific advancements.

Last year, Masako had tea with ambassadors to Japan and other dignitaries on 12 occasions, according to the agency. But she has done so only three times this year because of the health crisis.

She has, however, had meetings with experts and others 29 times this year, up from 2019, when she participated in 13 meetings.

Sixteen of the meetings this year concerned infectious diseases.

A team of doctors treating Masako’s adjustment disorder released an opinion the same day on the state of her health.

Masako’s activities have been severely limited by the pandemic, making it harder for her to get herself in better physical shape, they said.

The empress is still experiencing ups and downs physically and placing high expectations on her will likely hamper her recovery, the doctors said.

They also said it is important for her to continue to expand the range of her private activities.