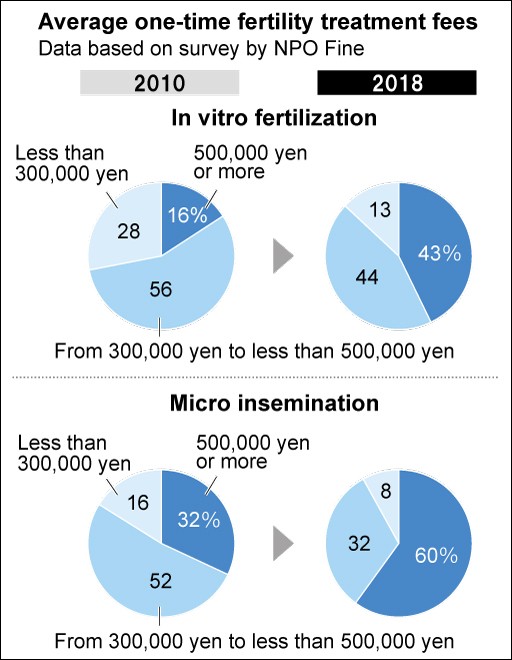 A fertility treatment doctor and her accountant husband are suspected of concealing about 250 million yen ($2.4 million) in income through fictitious sales reports and fake advertising costs, sources said.

The couple, both in their 40s, have admitted to violating the income tax law during the investigation by the Tokyo Regional Taxation Bureau, the sources said. Tax officials filed a criminal complaint against the two with Tokyo prosecutors on Dec. 7.

The wife is chief of the Akihabara Art Clinic in Tokyo’s Taito Ward.

Tax-evasion cases concerning income from fertility treatments are difficult to pursue largely because in vitro fertilization (IVF) and micro insemination procedures are not covered by public health insurance.

“It is hard to grasp the amount of sales because there are no rules on which to base the fees,” a former taxation bureau official said. “There are many expensive cases, especially in fertility treatment, so it is significant that this case was investigated.”

According to sources, the couple concealed some payments they received from patients or overstated expenses by declaring fictitious advertising fees.

They evaded paying about 100 million yen in taxes to the Tokyo Regional Taxation Bureau by hiding about 250 million yen of the wife’s income for 2017 and 2018, the sources said. The money saved through the tax evasion scheme was placed in a financial institution for management.

The husband is an accountant, and the couple knew that the clinic’s tax declarations were false and illegal, the sources said.

Through her clinic, the doctor told The Asahi Shimbun, “I cannot give you any comment as of now.”

According to the clinic’s website and other information, the doctor came from China and obtained a Japanese medical license in 2004.

After working at a clinic in Tokyo’s Shinjuku district and elsewhere, she opened the clinic in the Akihabara area in April 2017.

She specializes in advanced fertility treatments, such as IVF and micro insemination.

The medical institutions must declare those payments as taxable income.

However, there are no such rules concerning fees for treatments that are not covered by public health insurance.