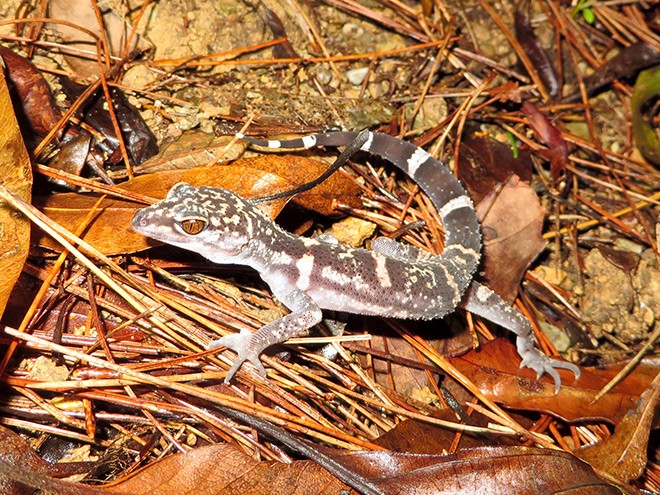 The Environment Ministry is seeking tighter restrictions on international transactions of endangered reptiles and amphibians found in southern Japan in response to an increase in illegal trade of species that resemble dinosaurs.

“We want to stop illegal capturing and smuggling,” a ministry official said.

The ministry is asking the secretariat of the Washington Convention, which regulates trade in wild animals and plants in danger of extinction, to add six geckos, including Kuroiwa’s ground gecko, and Anderson’s crocodile newt to Appendix III of the international treaty.

The seven species inhabit such regions as Okinawa Prefecture and Amami-Oshima and Tokunoshima islands in Kagoshima Prefecture.

They are included in the ministry’s Red List of endangered creatures. Under domestic legislation since 2015, the animals cannot be caught and exported from Japan. But their sales are not prohibited outside the country.

Those dinosaur-like species have grown popular because of their appearances. Ground geckos, which have many fans in and outside Japan, can cost tens of thousands of yen (hundreds of dollars) each.

Commercial transactions of species specified in the convention’s Appendix III require exporter nations’ certifications, which means international trades of the animals can be better controlled.

The treaty’s Appendix III restricts global sales of living creatures for business objectives. Appendix I bans all international commercial transactions, in principle, allowing only trades for academic and breeding purposes.