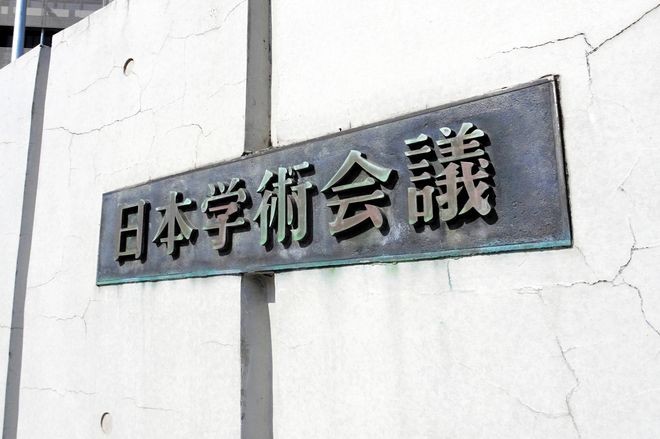 Prime Minister Yoshihide Suga’s government is responding to the controversy over his rejection of six nominees to the Science Council of Japan in a way that is reminiscent of the high-handed policy-making approach of his predecessor.

Like the Shinzo Abe administration, Suga’s government has shown a tendency to try to silence people and organizations it disfavors, fudge the facts and ignore dissenting voices.

The ruling Liberal Democratic Party’s project team has worked out a proposal to reform the Science Council. The proposal criticizes the council’s activities and recommends that it make a fresh start after being stripped of its status as a “special institution of the government.”

The LDP’s document is full of deceptions.

While stating the obvious that the council should be independent of politics, the proposal recommends the organization make “feasible and high-quality policy proposals” by “sharing” the government’s perceptions about the political and administrative challenges facing the nation and the time frames for tackling them.

This may sound reasonable.

However, Suga has refused to clearly explain the reasons for not appointing the six researchers on the council’s list of 105 candidates for Science Council membership. Against this backdrop, the LDP’s proposal is tantamount to pressing the council to work in tandem with the administration and accommodate the assumed wishes and intentions of the powers that be.

In addition, the LDP’s proposal urges the government to reduce or even stop funding to the council. It says the organization should maintain its activities by seeking fees for its proposals and other work from the government or private-sector entities on a case-by-case basis.

But this approach would raise serious concerns about how the council can maintain its crucial independence and objectivity in research and other academic activities. The document does not address such concerns.

In 2015, when Abe was in power, the Cabinet Office’s panel of experts released a report on the Science Council. Although the panel pointed out some problems with the council’s organization and operations, the report basically approved its activities and reform efforts and expressed hope for future improvement.

The LDP’s project team proposed a radical overhaul of the council’s organization after interviewing only around a dozen members within just a month or so. It is a rash and thoughtless move.

One notable post-2015 development concerning the council is its decision to remain committed to its past statement about rejecting military research.

The statement was intended as a sort of ethical guideline to reconfirm scientists’ social responsibility based on lessons learned from the history of exploitation of science for war-related purposes.

But the council’s statement and its commitment to the document have drawn the ire of the government and the LDP. Shinji Inoue, minister in charge of science and technology, raised this topic in his recent meeting with Takaaki Kajita, who is president of the council and a Nobel laureate. Inoue’s motive was obvious.

If Suga really wants to initiate constructive and honest policy debate on the organization and activities of the council, he should first retract his refusal to appoint the six candidates as new members, which blatantly disregarded the traditional government position on the issue.

He should then candidly explain to the public what the government thinks are the problems with the council.

Without taking these steps, Suga cannot hope to convince the public of the need to reform the council by simply repeating his vague and nonsensical remarks about the issue. The prime minister has, for example, said he made the decision from a “comprehensive and bird’s-eye perspective” and that he wanted to “destroy vested interests and break with the principle of following precedent.”

The 2015 report argued that one important role of the council was to “analyze policies from a scientific viewpoint and announce its opinions about them, including critical ones.”

Suga and his aides should carefully read the report and try to accurately understand its implications.