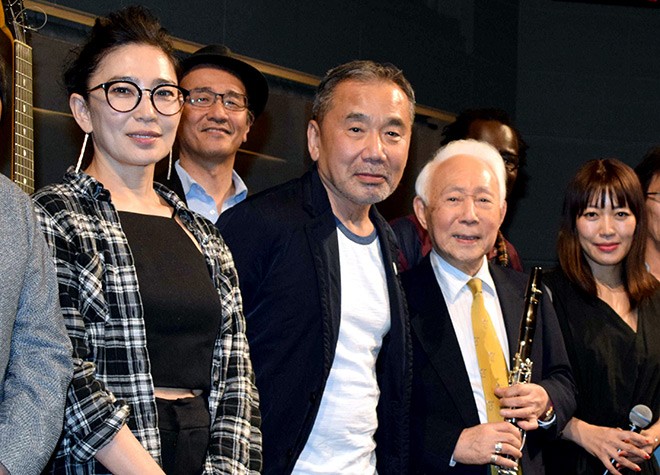 Renowned Japanese novelist Haruki Murakami invites listeners to usher in 2021 together as he will host his first New Year's Eve radio special live from a studio in his hometown Kyoto.

“Let’s hear the tolling of the New Year’s Eve bells in the ancient capital and ring in the new year together,” Murakami said in a statement on the website of the show, titled “Toshikoshi Special--Ushizaka 21--” (Year-crossing Special).

“It’s a live broadcast, so there’s no telling what I will say ... Tune in to see what will happen.”

The award-winning author has hosted his Murakami Radio program almost every two months since August 2018. He also selects songs for the program, which has never aired live.

Murakami's New Year's Eve radio special will have two of his close friends as guests.

Murakami will appear in public on Feb. 14, Valentine's Day, as host of the second Murakami Jam live music event, which he produces. It will be held in Tokyo and streamed online as well.

Jazz pianist Junko Onishi will serve as music director for the event as she did for the previous one in June 2019.