VOX POPULI: Regulators are focusing on the wrong monopoly in Facebook case 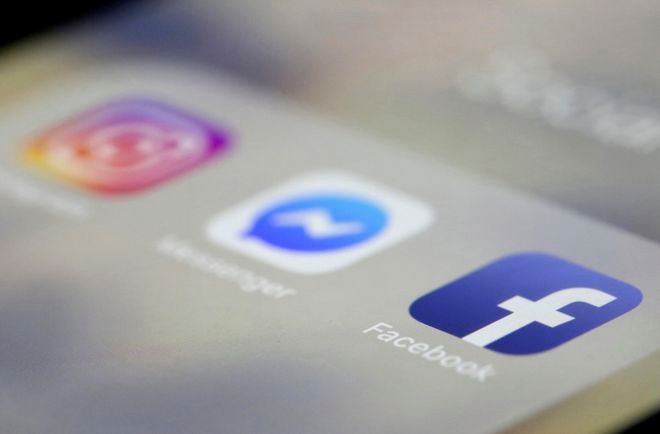 Instagram, Messenger and Facebook apps are displayed on an iPhone in New York on March 13, 2019. (AP file photo)

In 2004, when Facebook debuted in the United States, its home screen, according to David Kirkpatrick’s “The Facebook Effect,” read:

“The facebook is an online directory that connects people through social networks at colleges. We have opened up the facebook for popular consumption at Harvard University.

"You can use the facebook to: Search for people at your school; Find out who are in your classes; Look up your friends’ friends; See a visualization of your social network."

The service then-Harvard University sophomore Mark Zuckerberg launched for his fellow students quickly expanded its user base beyond the university and then went global. Now 3.2 billion people around the world use the group’s services.

The social media behemoth has become so big that it is alarming regulators. The U.S. government and more than 40 states have filed antitrust lawsuits against Facebook alleging the company has been using its dominant power to crush competitors.

The suits claim Facebook made illegal attempts to maintain its monopoly by gobbling up social media upstarts that could threaten its market power when it acquired photo-sharing application Instagram and the WhatsApp messaging service.

The biggest consumer harm that could result from monopoly abuse is higher prices. But this does not occur with free services such as Facebook. A growing number of critics, however, argue that a social media monopoly could still cause serious invisible harm. They say it deprives consumers of options and allows a monopoly on personal information.

Facebook critics also warn that the firm has not done enough to protect its users' personal information. In fact, personal data of Facebook users improperly obtained from the company was misused for political advertising during the U.S. presidential election in 2016.

The proverb that says nothing costs so much as what is given free warns about the risk of facing a demand for a reward in return later.

If the price consumers pay for using free Facebook products is allowing the company to monopolize their personal data without sufficient protection, these free services really cost them dearly.

In the world of internet businesses, how many users one has determines one's power to attract more users. The Facebook controversy underscores this awesome competitive dynamic and the alarming danger of the winner-takes-all online market.