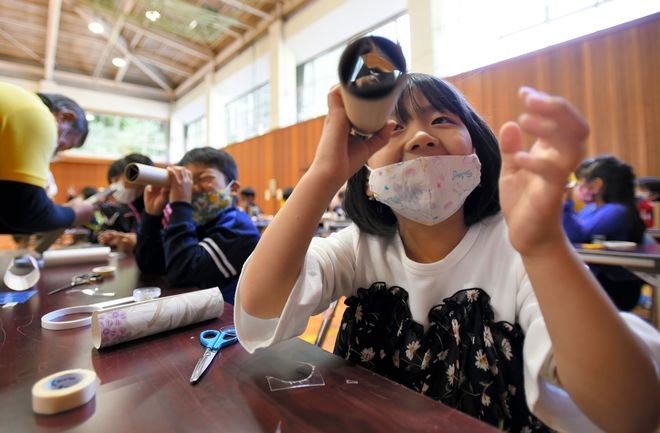 Officials recently released the results of a quadrennial global study on math and science education for young children, intended primarily to measure their basic scholastic ability in those subjects.

The Trends in International Mathematics and Science Study (TIMSS), as the survey is called, was conducted last year on fourth- and eighth-graders in 64 countries and regions of the world.

Japan was ranked between third and fifth place in each of the four categories defined by subject and grade. The country has mostly remained in that top range since 1995.

The study results, however, also located concerns and challenges.

There is no need to rejoice, or feel sad, over every single shift in Japan’s performance in the survey. The same goes for another well-known global benchmark: the triennial tests of the Program for International Student Assessment (PISA), which mostly focus on reading comprehension and thinking skills.

The TIMSS is nevertheless a valuable source of data that allows the scholastic ability of children to be measured in an international frame of reference.

The education ministry should scrutinize the TIMSS results and draw on them in its effort to enhance education policy for years to come. The ministry should also listen, in doing so, to the opinions of experts and schoolteachers in active service.

The low motivation of children in Japan for schoolwork has drawn more attention in TIMSS studies than the country’s ranks and scores.

It is reassuring to learn that, despite all that, the ratios of positive answers are on the rise and are closing in on the international average.

Education ministry officials said that they believe the study results show the positive effects of the increased hours on experiments and observation in classrooms in accordance with the 2008 amendment to the ministry’s curriculum guidelines, which spelled out an emphasis on “thinking, judgment and expression” skills.

Some schoolteachers and researchers working on improving education, however, say the outcome is not positive enough. There should be continued efforts to ensure that school classes help improve children’s comprehension by making them understand that schoolwork is not unrelated to their real life.

The study results revealed one worrying fact about schoolteachers, who hold the key to similar efforts. The percentage of children in Japan being taught by teachers who had participated in professional development programs during the past two years related to instruction methods, assessment and other areas turned out to be lower than on international average.

That could be one negative consequence of the heavy workload of Japanese schoolteachers, which has long been pointed out.

For teachers to be able to prepare and put into practice elaborately designed school classes, they must be relieved of their excessive work burdens, including from clerical work, and be allowed to have more learning opportunities of their own.

Our entire society should realize on this opportunity that work styles of schoolteachers need to be reformed.

Partly in taking account of the latest study results, the education ministry is weighing plans to introduce a new system, from fiscal 2022, wherein specialist teachers are assigned to teach certain subjects, such as mathematics and science, to fifth- and sixth-graders. As things now stand, elementary school teachers are basically in charge of teaching all subjects.

Apart from positive expectations that the new system will help reduce the workload of elementary school teachers, some say they are concerned about potentially excessive specialization of school classes.

We have finally reached this auspicious point where a growing number of children are saying they enjoy learning mathematics and science.

Specialist teachers deserve their name only if they know how to teach difficult things in a simple manner. They should take that to heart and work with their fellow teachers in devoting themselves to education of the sort that motivates children more in their schoolwork.