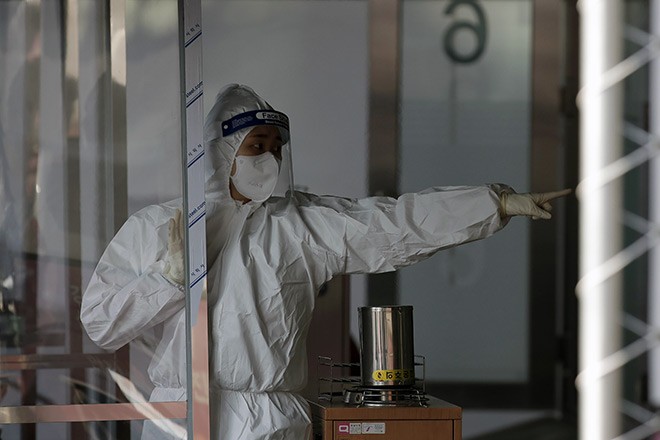 SEOUL--South Korea reported 1,030 new coronavirus infections on Sunday, the second daily record in a row as a country that had initial success controlling COVID-19 now battles a harsh third wave.

Of the new cases, 1,002 were locally transmitted. It brings the total to 42,766 infections with 580 deaths, the Korea Disease Control and Prevention Agency said.

Prime Minister Chung Sye-kyun on Saturday said further tightening social distancing restriction to the nation's highest level would be inevitable if the spread continues, which would be practically a lockdown for the first time in Asia's fourth-largest economy.

South Korea was praised for its earlier success in containing the virus without a lockdown by relying heavily on contact-tracing and testing since the country's first case was confirmed in January.

On Saturday, South Korea reported 950 new infections, prompting President Moon Jae-in to order the mobilization of police, military personnel and public medical doctors to block the spread, which he called an "emergency."

Greater Seoul is under level 2.5 restrictions. Raising that to 3, the highest of the five levels, would require schools to switch to remote learning, allow only essential workers in offices and ban gatherings of more than 10 people.