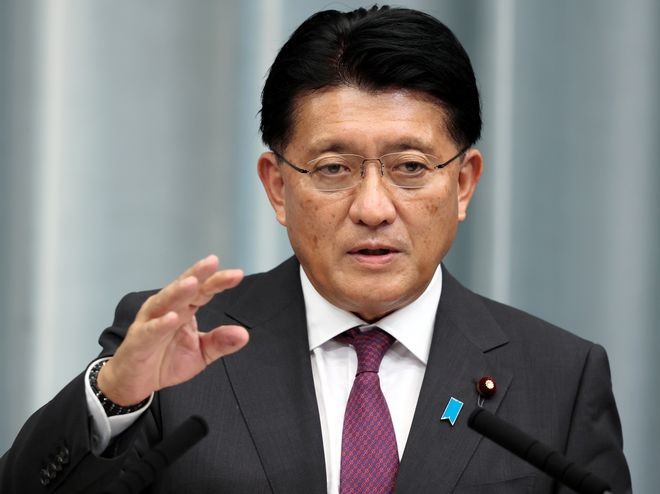 "Physician, heal thyself" is one of many proverbs about people who are so busy tending to the needs of others that they fail to take care of themselves.

A Japanese equivalent would be "koya no shirobakama," which translates literally as "the dyer's white pants," meaning the dyer is too busy to dye their own pants.

This probably applies to Takuya Hirai, minister of digital transformation, who was submitting his political funds income and expenditure reports in paper form, despite the government's requirement that politicians make the effort to file them electronically.

Hirai is arguably the most tech-savvy Liberal Democratic Party legislator. But given the fact that even he failed to comply, it came as no surprise to me that only 1.13 percent of political organizations handling the finances of Diet members have so far switched to online filing, according to a story that ran recently in The Asahi Shimbun's national news section.

The electronic filing system was introduced 15 years ago as part of the government's drive to turn Japan into a world leader in information technology. A total of 3.6 billion yen ($34.5 million) has been invested to date on system development.

Some people have reportedly complained that the system is not user-friendly. But no real effort has been made to identify the program's flaws and rectify them, allowing the system to just keep eating taxpayer money for all these years.

This situation must be quite embarrassing for the administration of Prime Minister Yoshihide Suga, who is championing digitization of government.

For the administration to save face, it could perhaps consider taking a step that will put itself ahead in the game--namely, go cashless in the handling of political funds.

Actually, this was suggested in the weekly Shukan Asahi magazine last year by Shigeaki Koga, a former ranking bureaucrat of the Ministry of Economy, Trade and Industry.

Koga recommended banning cash donations to politicians and limiting the use of donations to cashless transaction alone. In this manner, he argued, every yen donated and spent will be on the record when it is disclosed online.

Indeed, this should enable anyone to easily check all transactions, including fees for banquets hosted by politicians.

Take, for instance, the scandal regarding the banquets held on the eve of annual cherry blossom viewing parties under the administration of former Prime Minister Shinzo Abe. The amount subsidized by Abe's support organization would have been readily revealed.

Politicians' distaste for electronic filing probably has to do with their aversion to transparency.