Asahi survey: 20% of major companies scaled back on telework 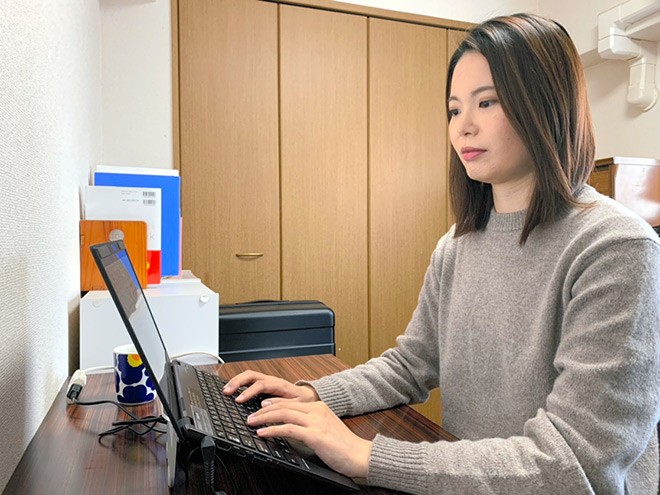 Amid the popularization of teleworking by Japanese workplaces since the onset of the COVID-19 pandemic, some companies said they are struggling with the paradigm shift.

In a survey of 100 major companies in November, while more than half said they have maintained the same pace of teleworking since spring, just over one in five said they have scaled back or given up on remote work completely.

Many of those companies said teleworking has hampered employee workplace communication or lowered productivity.

But as large companies eye the coronavirus cases now soaring across Japan, some are starting to shore up their remote working practices.

The survey was conducted by The Asahi Shimbun between Nov. 9 and Nov. 20.

Of the 100 companies surveyed, 62 said they have maintained the same scale and style of teleworking since spring, while just six have expanded remote work since then.

Many major companies are trying to get teleworking to take root as a new way of work for their offices.

All the companies surveyed said they have instituted teleworking.

The company conducts sales online and some of its factories in Australia are being operated remotely.

“Commuting hours are saved, so employees can use more time for their families and themselves,” Koji said.

On the other hand, 21 companies said they scaled back on teleworking since spring, and two companies that introduced telework said they had eventually given up on it.

The survey asked those companies why they reduced the scale of telework or stopped it altogether in a section where they could provide multiple answers.

Seven companies said since COVID-19 cases seemed to be relatively contained, they no longer felt it was necessary.

But with a third wave of infections now surging across Japan, some are starting to bolster their remote work practices.

In November, Sekisui House Ltd., a major homebuilder, asked its offices in Tokyo, Osaka and elsewhere to lower the office attendance rate to 30 percent. It was about 60 to 70 percent in October.

Security company Secom Co. also asked its employees to work from home or stagger their commuting times, and ceramics maker NGK Insulators Ltd. said it plans to reinforce its own telework practices.