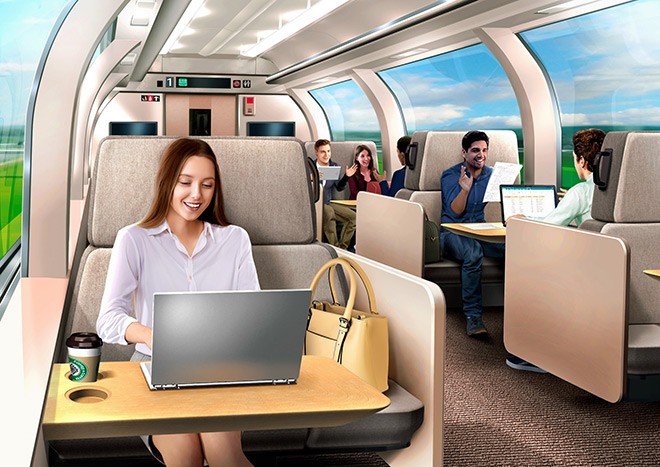 East Japan Railway Co. (JR East) is planning to refigure the layout on some of its Shinkansen train cars to allow passengers to work remotely and in relative peace while traveling.

JR East said Dec. 15 it aims to start the service as a pilot project on its Tohoku Shinkansen Line trains by April and introduce it as a full service around 2024.

The railway operator is also considering remodeling ordinary cars so they can be used exclusively by people working remotely.

“Unlike on ordinary cars, users may find it easier to work on ones promoted as being remote-worker friendly because they don’t need to worry too much about annoying other passengers when typing on a keyboard or talking on the phone,” a JR East official said.

The railway operator has been asking passengers not to talk on mobile phones inside Shinkansen train cars. When they need to make or take business calls, they have no choice but to do so in the deck spaces between cars--areas with poor mobile phone reception.

During the test run, JR East said it will encourage remote workers to use certain Shinkansen cars as workspaces and allow them to talk on the phone inside designated cars. It will also lend them mobile routers for free to make it easier to connect to the internet when riding the train.