Prosecutors take over case of cyberbullying of Hana Kimura 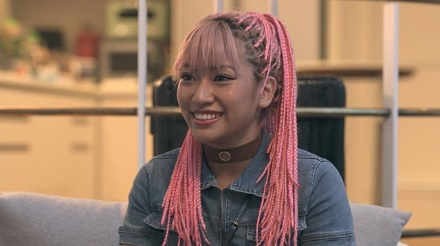 Tokyo police filed criminal papers with prosecutors on Dec. 17 against a man in his 20s on suspicion of contempt, in relation to the high-profile cyberbullying of a TV personality who killed herself.

Police said the resident of Minoo, Osaka Prefecture, was one of many who had cyberbullied the late Hana Kimura, a 22-year-old professional wrestler who had starred on the reality TV show “Terrace House.”

Her mother, Kyoko, released a statement after she heard that police had referred the man to the prosecutors’ office, saying she hopes the case will change the way people behave toward others online.

“Nothing can bring back Hana,” she said. “But I hope this works as a deterrent against defamation so that fewer people have to go through this much sadness and hardship.”

An episode of "Terrace House" aired in March where Kimura became angry at a co-star and, following that, disparaging comments about Kimura began to surface on social media.

Police said the man anonymously posted several comments on Twitter around mid-May asking when she would die.

“(She) has a bad personality,” he posted. “Is there any worth in her living?” referring to Kimura.

Kimura died by suicide on May 23. Her bereaved family later brought the matter to police.

The man admitted to making the comments and told investigators he “couldn’t forgive her attitude toward her co-star.”

He said he wrote the comments to “exact revenge on (her) on behalf of (the co-star),” according to police.

Police said the man apologized to Kimura’s bereaved family in late June by email and expressed regret and guilt.

Most of the defamatory comments made by hundreds of people online have been deleted since Kimura’s death.

Police analyzed them with her family’s consent, which resulted in police pursuing a case against the man.

Police have confirmed that about 1,200 comments about Kimura were posted by about 600 user accounts on social media between March and May. About 300 of them were defamatory, police said.

Police said they will continue to investigate these posts as well.

The show “Terrace House” features the daily lives and romances of three women and three men sharing a house. Produced by Fuji Television Network Inc., it has been streaming on Netflix and elsewhere since May 2019. Kimura joined the cast in October.

In an episode that aired on March 31, a male housemate damaged Kimura’s wrestling costume by putting it in a dryer. She was enraged, and after a long tirade, she slapped a hat from his head.

Kimura was shocked to see the negative and abusive comments that appeared afterward on social media, and she brought that up with her family and friends.

Before killing herself on May 23, she posted an image showing she was engaging in self-harm and wrote that she had been hurt by the comments.

Kimura's mother, Kyoko, has accused Fuji TV and others for bearing responsibility in her daughter’s death.

She has been determined to restore Kimura’s honor by identifying the social media users who posted the abusive comments.

Kyoko said she started saving images of the comments that remained on Twitter and other platforms to preserve evidence.

“It was so mentally tough to see these abusive comments while I was still struggling to sleep and eat,” Kyoko said.

Kyoko herself became a target of abuse when people began to make dismissive comments about her based on her hairstyle.

She said she hopes her daughter's death will help change people’s minds about how they speak about others online and raise awareness that defaming someone on the internet is a crime.