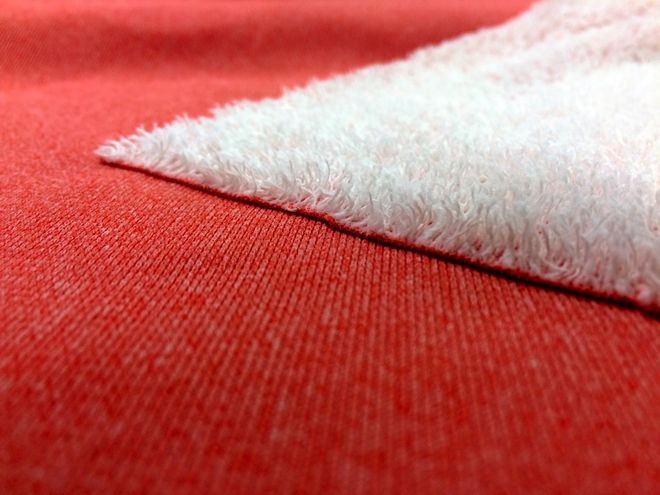 Synthetic fiber makers are gearing up to combat water pollution caused by tiny pieces of plastic that fall off from the washing of fleece and other chemical fiber waste.

The textile industry is working toward developing materials that produce a reduced amount of fiber waste, anti-pollution criteria and other measures to stop fabric-connected micro-plastics in discharged household water from entering oceans.

“Synthetic fibers are convenient and functional, but possibly impose a burden on the environment,” said Shuhei Tanaka, an associate professor of environment engineering at Kyoto University. “For society, it is important to consider the balance between convenience and an environmental burden.”

As ordinary fleece materials are napped to better retain heat, the fibers are easy to drop off. But threads of Delta TL form loops like towels and can prevent themselves from falling off.

“Apparel firms in the United States and Europe are more environmentally conscious, and there is an increased need for the development of sustainable materials,” said a public relations official of Teijin Frontier.

Patagonia Inc., a U.S. outdoor gear company, sells a laundry net called Guppyfriend Washing Bag for 4,070 yen ($39.47). The finely woven net can snare fallen fibers so they will not be carried into rivers and seas.

Itochu Fashion System Co. devised a method to measure how much textile waste comes off through washing at its test center.

Because it discovered the first round of laundry of napped fabric produces 0.53 gram of waste per square meter on average, its unique micro-plastic reduction standard was defined as 0.25 gram, half the average.

Under the plan, products fulfilling the criterion will be given certificate tags.

The Japan Chemical Fibers Association, which comprises leading fiber makers and other parties, is working to introduce a standardized technology to estimate the volume of fiber waste that derives from washing machines.

“A method is essential to ‘visualize’ how much the development of new materials has reduced the amount of waste fibers,” said Akihiro Omatsuzawa, head of the JCFA’s technology group.

The calculation tool is expected to urge its member businesses to actively make materials that result in fewer fibers flowing into waters, thereby contribute to an industry-wide effort to reduce micro-plastic waste.

The JCFA is looking to present the developed technology to the International Organization for Standardization (ISO) to be accepted as the global standard.

According to a 2017 report by the International Union for Conservation of Nature and Natural Resources (IUCN), 35 percent of micro-plastics that directly enter oceans all over the world is estimated to come from synthetic fibers.

Other data show one round of washing a fleece garment produces 1,900 fallen chemical fibers. A U.S. survey revealed waste discharged by laundry accounted for more than 0.3 percent of fleece wear weight.

Released chemical fibers and other kinds of micro-plastics have been detected at sewage treatment plants.

Tanaka and others examined sewage works around Lake Biwako in Shiga Prefecture.

Although more than 99 percent of micro-plastics measuring 0.1 to 5 millimeters were eliminated at the facilities, the removal rate dropped to 76 percent for extremely small fragments, including waste fibers, of 0.01 to 0.1 mm.