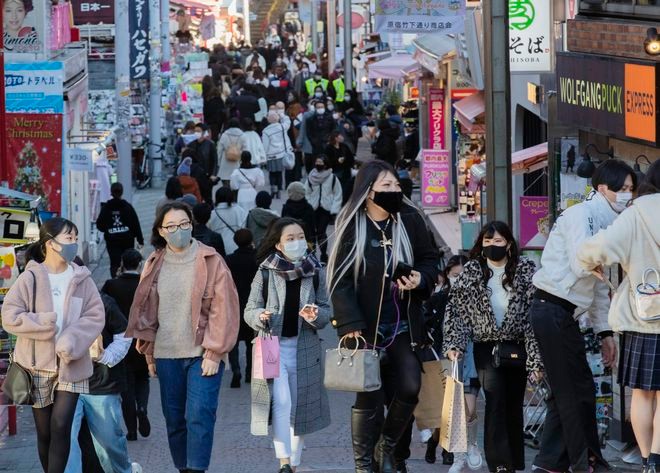 People wearing face masks walk through a famed shopping street in the Harajuku neighborhood in Tokyo on Dec. 17. (AP Photo)

Tokyo officials confirmed 664 new cases of the novel coronavirus on Dec. 18, down from the record-breaking 822 cases in the capital the previous day, while Saitama marked a daily record.

The Saitama prefectural government said it confirmed 201 new infection cases, the first time the daily count for the prefecture has exceeded 200. The previous daily record in the prefecture was 199 on Dec. 12.

Of the 664 new patients on Dec. 18, those in their 20s accounted for the highest number among age groups with 185 testing positive for the virus.

Sixty-six patients were classified as having severe symptoms that require the use of a ventilator or an extracorporeal membrane oxygenation (ECMO) device, which circulates blood through an artificial lung. The figure remained unchanged from the previous day.