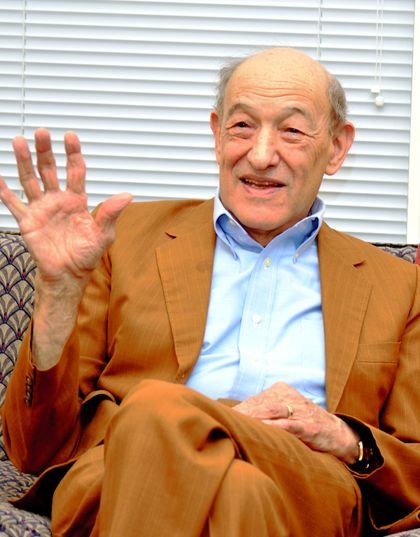 When American social scientist Ezra Vogel first came to Japan in 1958, he rented a house in what he referred to as "M-Town" for his intensive, year-long ethnographic research.

Immersing himself in local community life, he interviewed his neighbors on a wide range of subjects, ranging from their purchase preference of refrigerators to how they raised their children and dealt with classic mother-in-law problems.

Vogel later revealed that M-Town was the city of Ichikawa in Chiba Prefecture.

This world-renowned Japan expert died on Dec. 20. He was 90.

"Japan as Number One," his seminal work published in 1979 while he was a professor at Harvard University, became a best-seller. It explained the factors that contributed to Japan's economic success and greatly influenced how Japanese viewed their own country at the time.

As an example of Japan's "strength," Vogel cited the predisposition of prime ministers who, when forming a Cabinet, strive for a "habatsu" (intraparty faction) power balance instead of favoring their own cronies.

He also pointed out how corporate leaders provide company housing for their employees and nurture their loyalty through company songs and activities such as company sports days to which their families are invited.

Some of these examples are actually overly flattering and a bit embarrassing to be reminded of now.

Former U.S. Ambassador to Japan Edwin O. Reischauer (1910-1990) reportedly stated that "Japan as Number One" should be banned in Japan, as he feared this book could make the Japanese people smug and conceited.

Vogel himself explained his purpose for publishing, noting to the effect that Japan provided the best mirror for an America that was in decline and that he wanted Americans to wake up.

But in the ensuing years, the collapse of Japan's asset-inflated economy brought the nation to a screeching halt and left it languishing during "the lost two decades."

Nowhere near number one today, the Japanese economy is predicted to eventually fall to eighth place.

And ranking 24th in the world's democracy index and 121st in the gender equality index, Japan is in a sorry state.

Rereading "Japan as Number One" now, I see that Vogel also had much to say about Japan's weaknesses and future problems.

The book was a "mirror" also for Japan, a warning for this nation with its shrinking population and economy.