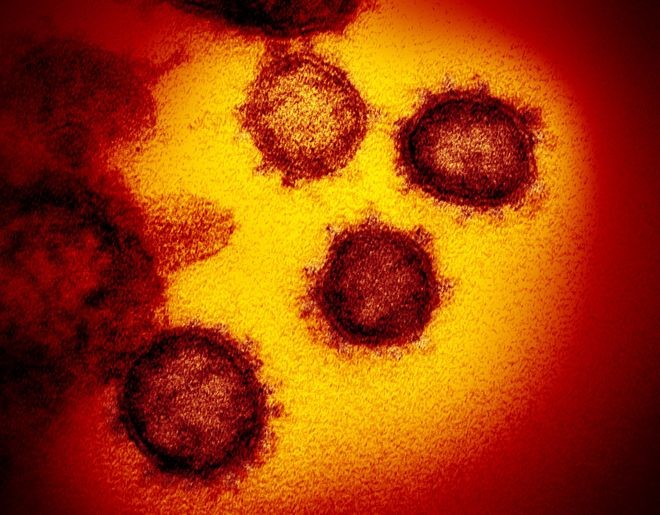 The new coronavirus seen under electron microscopy (Provided by the U.S. National Institute of Allergy and Infectious Diseases)

Japan's death toll from COVID-19 marked a grim milestone on Dec. 22 in passing the 3,000 mark, only a month after it had exceeded 2,000, according to data by central and prefectural governments.

The rapid surge in fatalities since Nov. 22 suggests the country has been unable to contain the fast-spreading disease.

The latest figure includes deaths from the Diamond Princess cruise ship that was quarantined in Yokohama Port in February.

By prefecture, Tokyo reported the most deaths, at 567, followed by 490 in Osaka Prefecture, 401 in Hokkaido, 244 in Kanagawa Prefecture, 183 in Saitama Prefecture and 168 in Aichi Prefecture.

The health ministry’s report as of Dec. 16 showed that of the total of 2,257 deaths nationwide at that time, patients in their 80s accounted for 60 percent and those in their 70s 26 percent.