Health panel: Tokyo area must do more to stop spread of virus 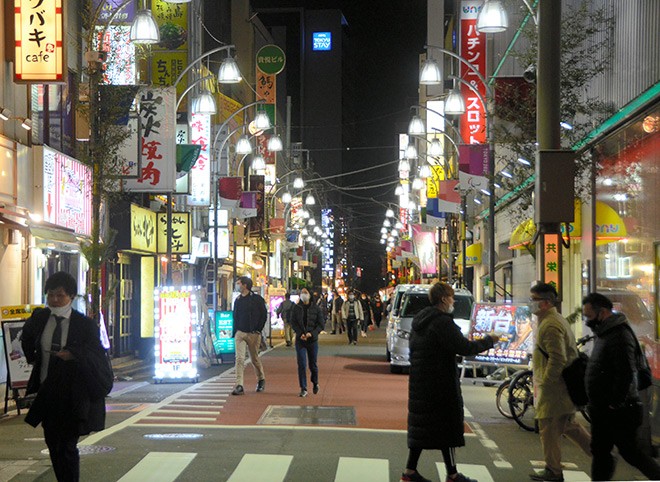 A health ministry expert panel on Dec. 22 said authorities in the greater Tokyo area must do more to reduce business operating hours and prevent travel to halt the widening spread of novel coronavirus infections.

“The proliferation in large cities is spilling over to other areas in the country, resulting in rising infections nationwide,” said the Ministry of Health, Labor and Welfare’s panel of experts on the virus.

The panel said concerns are rising over whether medical facilities will be able to treat patients with not only COVID-19 but also other diseases during the year-end and New Year’s holiday period, when many clinics and hospitals are closed.

Tokyo and neighboring prefectures have asked restaurants, bars and karaoke parlors that serve alcohol to close earlier than usual over the holiday period. Tokyo has also requested its residents to avoid traveling outside the capital.

The expert panel wants authorities to heighten these requests to get more businesses and people to comply.

Japan’s accumulated total of novel coronavirus infections topped 200,000 on Dec. 20, with half of the cases reported in the 52 days since Oct. 29. It took nine and half months to reach 100,000 cases after the first infection was confirmed on Jan. 15.

The spread accelerated after the third wave of new infections erupted in autumn, and the spread in the capital is particularly worrying.

Although the number of new cases over the week through Dec. 21 declined more than 30 percent from a week earlier in Hokkaido, Tokyo reported an increase exceeding 20 percent.

In addition, local authorities’ requests for shorter operating hours did not lead to a “measurable drop” in new infections in the Kanto, Chubu and Kansai regions over the past weeks, according to the panel.

The experts also said the fact that more cases are being confirmed among people in their 20s through 50s suggests that the virus is spreading at dinner and drinking parties.

Data from Agoop Corp., a Softbank Group subsidiary that tracks people’s movements based on GPS data on their mobile phones, also showed that crowd sizes within 500 meters of major train stations are not thinning even with the surging numbers of infections.

The seven-day average in crowd sizes did not show a dramatic decline compared with the busiest weekend between Nov. 6 and Dec. 20, according to the data.

The panel noted that Tokyo’s decrease was smaller than those of Sapporo and Osaka, even after metropolitan officials urged restaurants and other establishments to close earlier.

Yasutaka Mizuno, a doctor specializing in infectious diseases and head of the Global Healthcare Clinic in Tokyo, said the fact that crowds are still large indicates that the central government’s message has not reached the general public.

“Fully halting a traffic of people during the year-end and the New Year’s holidays would be effective in preventing the pandemic from sprawling further in the following weeks,” he said.

(This story was written by Shuichi Doi, Hiroshi Ishizuka and Yuko Matsuura.)