Beloved Shinjuku arcade closes after 48 years due to pandemic 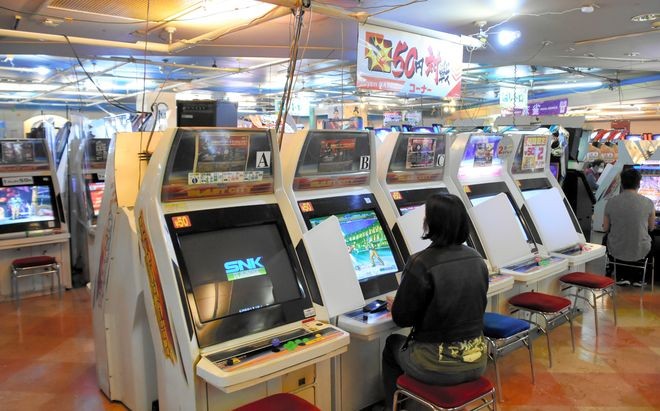 Shinjuku Playland Carnival, a long-established game arcade in Tokyo’s Kabukicho district, in late November, shortly before it closed for good. The arcade boasted a variety of game titles from the 1990s. (Ryo Oyama)

Coins clinked and clattered as they dropped in Japanese medal games. Loud music and sound effects blared from rows of video game cabinets.

And if you could hear past all that, you might even catch some gamers letting out sighs and faint cries of frustration after failing to win prizes from the ever-challenging crane games.

It was one of the last days that Shinjuku Playland Carnival was open in November before the beloved arcade in Tokyo’s Kabukicho district closed after nearly 50 years in business.

Described by regulars as a “sacred place” for gamers in the capital, it had to finally shut its doors on Nov. 29 as its customer base dwindled amid the COVID-19 pandemic, according to the operator, Joypack Leisure Co., based in Tokyo’s Shibuya Ward.

“Business was tough, but I had thought we could get out of this someday,” said Noriyuki Shimoda, 42, who became the manager of the arcade in 2015. “I can’t find the words to describe my feelings.”

The outlet originally opened as Casino Game Las Vegas in 1972 and switched over to the arcade game business in 1993. It crammed more than 400 game machines into the roughly 1,500-square-meter two-floor space, making it one of the largest arcades in the area.

The arcade offered the latest game titles along with a variety of classics, including many fighting games popular in the 1990s. It entertained a wide range of customers, from skilled gamers to families and couples, and adults who stopped in for a quick game or two before heading off to drinking parties.

While arcades here have outlasted their counterparts in other countries, they have long been losing customers from the spread of game consoles, online gaming trends and the rise of smartphone games.

Despite all that, Shinjuku Playland Carnival was performing strongly thanks to its popularity among foreign tourists to Japan in recent years, according to the operator.

But things took a turn for the worse amid the pandemic as many people refrained from going out and foreign tourism dried up.

Shinjuku Playland Carnival resumed operations after temporarily closing between April and June, but it never really bounced back.

The number of customers hovered around only 40 percent of a normal year.

Naoto Ishimura, 34, who lives in Tokyo’s Nakano Ward, visited the outlet a week before it closed to say goodbye and express his gratitude.

He has been a regular there for nearly a decade and, at one time, played games there almost every day after work.

“It was a wonderful, gamer-friendly arcade,” he said.

The outlet would change the layout of game machines and make other arrangements at the request of customers when they used the place to host game events, Ishimura said.

It is one of the latest to close amid the pandemic, which has brought about a wave of arcade closures in the capital.

In Akihabara, a gaming haven where arcades make up part of the character and charm of the area, the iconic Sega Akihabara 2nd and Adores Akihabara closed their doors in August and November, respectively. Game Spot 21, a well-known arcade near the west exit of Shinjuku Station, plans to close in January.

A 38-year-old resident of Tokyo’s Katsushika Ward said he played arcade games regularly for 20 years and even met his wife at one.

He used to frequent one outlet in Akihabara, but its operator went bankrupt in March after earnings plunged from the pandemic.

“For me, game arcades are not just a place for playing games,” the man said. “It’s unavoidable, but I am sorry to lose places like these where we can interact with each other in person.”

After Shinjuku Playland Carnival announced its closure, many gamers posted messages online harkening back to the good times they had there.

“The place was filled with emotions,” Shimoda said a week before closure. “Many people told us that they miss our arcade. I again realized how much it has been loved.”