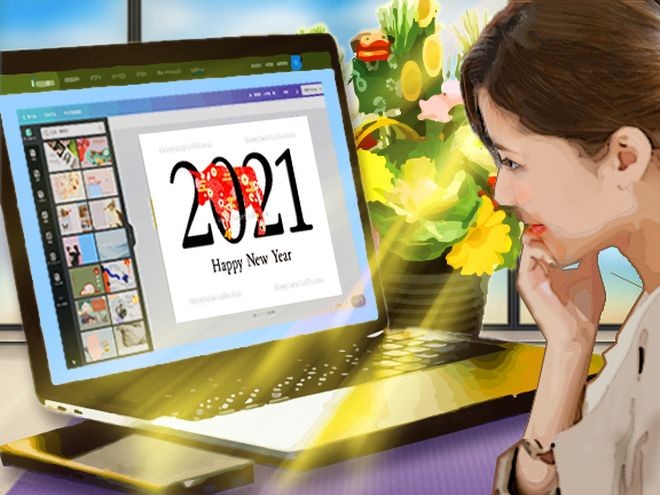 Waiting for the Covid-19 vaccination--heart palpitations

to get vaccinated
or not ...
God, tell me
--Zdenka Mlinar (Zagreb, Croatia)

Raging plague
writing to old friends
“How are you?”
--Satoru Kanematsu (Nagoya)

Mailed at year-end, the haikuist’s greeting cards were received by many of his colleagues on Jan. 1. Teiichi Suzuki sprang to check the letterbox first thing this New Year’s morning. Ewa Kajtoch danced on pins and needles hoping a vaccine will come to Krakow, Poland, this year.

shots
life on the tip of
a needle

Tsanka Shishkova’s first brushstroke formed a Zen circle in Sofia, Bulgaria. Calm and patient, those born in the Year of the Ox are reputed to be strong, reliable, fair and conscientious, inspiring confidence in others. Kanchan Chatterjee sketched a familiar scene in Jamshedpur, India.

muggy noon ...
the farmer’s son
sleeps on an ox

Neena Singh reported that news of a coming vaccine brought some cheer, “but it remains to be seen when it will reach the market” where she lives in Chandigarh, India. Kath Abela Wilson stirred at 4:30 this morning. Catnapping, she said, “working in bed, we can do beautiful creative and loving work when the world is still so dark.”

working from home
the dog asleep
on my slippers

his smile
frost on the window
melts

Knowing vaccine has safely arrived in Wiltshire, England, Alan Summers slept with a smile last night dreaming about where to travel in the New Year. Anne-Marie McHarg is a Londoner who recently penned this haiku on a trip to Antarctica.

Anna Maria Domburg-Sancristoforo watched the moon at midnight from The Hague. Liz Gibbs suggested “when we grow up we can look through the memory box our mother kept for us.”

Angela Giordano walked in a line of silence: winter day--my footsteps muffled by the first snow.

Sergio DeMiglio counted his blessings at a Catholic church in Toronto, Canada. Pitamber Kaushik went for a skate with family in Bokaro, India.

Christmas reunion
clearing the snow
off the frozen pool

Mark Reino Peltonen penned this poem, and 20 more, as a tribute to the sunrise in a translated manuscript “Cityscapes.”

New snow on the steeple
A family of snowflakes
Adorn a grey, stone prayer

In Tokyo, Murasaki Sagano’s kitchen was ablaze with colored leaves. Adjei Agyei-Baah peered out his backdoor window in Kumasi, Ghana.

Poinsettias
warmth of magic
its blaze

Sue Colpitts hopes to hear a knock at her door in Peterborough, Ontario. Sushama Kapur heard love call before it was swept away in Pune, India.

week of snow
I shake
the welcome mat

falling snow
the echoes of bells
and carols

Marita Gargiulo penned this remarkable haiku about the first snows to fall on Hamden, Connecticut. She was honored with a Grand Prix in the 9th Setouchi-Matsuyama International Photo-Haiku Contest.

the wind
sweeps snow from my front steps
for no one

The 10th Setouchi-Matsuyama International Photo-Haiku Contest supported by The Asahi Shimbun offers readers the chance to win a prize for taking photos and writing haiku about the sea. Enter online until Jan. 12: (http://matsuyamahaiku.jp/contest/free_eng/entry/).

The next issues of the Asahi Haikuist Network appear Jan. 15 and 29. Readers are invited to send haiku about something new or oxen on a postcard to David McMurray at the International University of Kagoshima, Sakanoue 8-34-1, Kagoshima, 891-0197, Japan, or by e-mail to (mcmurray@fka.att.ne.jp).