Land plots near military bases to be regulated more strictly 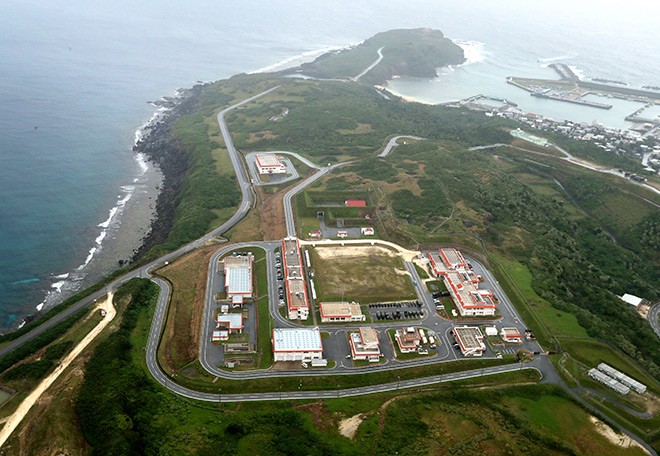 The government intends to submit legislation to the Diet next year to more strictly regulate the use of land near defense facilities such as Self-Defense Forces bases.

An outline of the plan was unveiled Dec. 24 by Hachiro Okonogi, the minister in charge of territorial issues.

A government expert panel has been discussing how best to use and manage such plots from the perspective of national security.

It proposed setting up a new system that can advise or order landowners not to use their land inappropriately.

The proposal targeted sites near defense facilities, such as SDF and U.S. military bases, remote islands near national border and tracts near important infrastructure facilities like nuclear power plants.

Okonogi said the proposal “will pave the way for the new bill.”

The government will start gathering information on land ownership in such areas to examine how the plots are being used.

Land owned by foreign residents and companies will be subject to the same scrutiny.

A key measure in the proposal calls for prior notification to be given to the government when plots exchange ownership in cases where the land is deemed to be strategically important. The proposal adds that landowners who fail to provide notification should be punished.

The proposal also states that landowners who were advised or ordered on appropriate use of their land should be allowed to ask the government to purchase the plots.

Despite concerns about the possible restriction of economic activity, the proposal said, “Property rights can be restricted at a certain level for national security.”