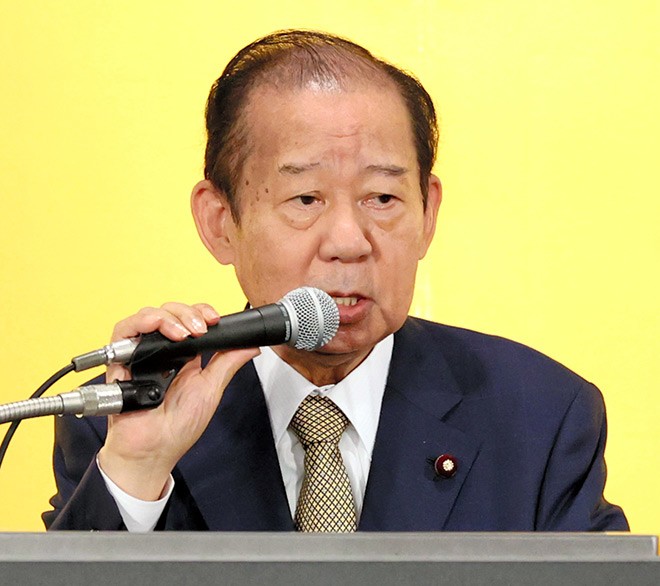 The government’s call for people to refrain from holding dinner parties in groups of five or more apparently doesn’t apply to gatherings at restaurants held for exchanges of opinion, according to a political heavyweight.

Toshihiro Nikai, secretary-general of the ruling Liberal Democratic Party and a guest at a much-criticized dinner party attended by Prime Minister Yoshihide Suga, said it wasn’t really a dinner party.

He said on a TV Asahi program aired on Dec. 27 that it was “an opinion-exchange session.”

“It was not that we met for the purpose of eating a dinner,” Nikai said about the Dec. 14 session held at a restaurant in Tokyo’s Ginza district that serves steak dinners.

Whatever it was, it was widely condemned because more than five people attended, including TV celebrities and baseball Hall of Famer Sadaharu Oh, after Suga had urged the public to take precautions against the spread of the novel coronavirus.

A central government panel on combatting COVID-19 has advised people to cancel dinner parties of groups of five or more because such large gatherings pose a high risk of contracting and spreading the virus.

When reminded of that guideline, Nikai, the leader of a powerful faction in the LDP, bluntly dismissed criticism that the event broke protocol.

“That is a misinterpretation in some ways,” he said. “It was just that eight of us met. It was not specifically a dinner.”

A host of the TV program told Nikai, “(People) could wonder why they have refrained from having year-end parties when political leaders say one thing but do another.”

Nikai replied: “(We) are thinking how to handle the current situation. It’s not like we are beating a dead horse.”

According to well-placed sources, members of the public have also exchanged opinions at what they would call “dinner parties.”