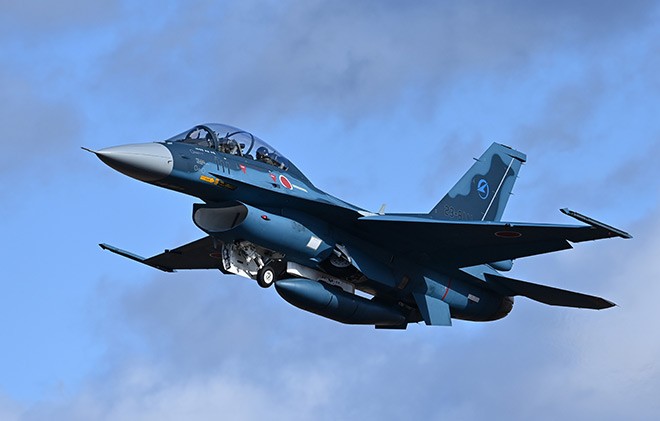 Japan’s defense budget continues its upward trajectory, maintaining the trend from the previous administration, while the novel coronavirus pandemic is threatening the lives and livelihoods of people and worsening fiscal woes.

The government’s draft budget for fiscal 2021, which was formalized by the Cabinet of Prime Minister Yoshihide Suga, calls for 5,342.2 billion yen ($51.47 billion) in defense spending. That means the Defense Ministry’s initial budget would set a record for the seventh consecutive year.

The third supplementary budget for the current fiscal year, which runs through March, also includes 386.7 billion yen of defense outlays.

These figures signal that the Suga administration is following the path set by his predecessor, Shinzo Abe, who pushed reforms of defense spending “at a speed fundamentally different from the past.”

To be sure, the security situation surrounding Japan is more fraught with tensions and risks than ever mainly due to China’s military buildup and aggressive naval expansion.

Given the changing regional security landscape, there is a reasonable case for Japan’s steady efforts to enhance its defense capabilities based on a mid- to long-term perspective.

But the government simply does not have the fiscal wherewithal to keep ramping up its defense expenditures. It needs to make a more rigorous and meticulous assessment of the cost effectiveness and policy priority of its spending on weapons and other defense equipment.

Seen from this point of view, two large-scale defense programs being pushed by the Defense Ministry raise concerns. Both could in the future strain the limited defense budget and lead to misplaced budgeting priorities.

One is the plan to add two Maritime Self-Defense Force vessels equipped with the Aegis missile defense system as an alternative to the aborted plan to deploy the Aegis Ashore land-based systems.

The Defense Ministry has asked for only 1.7 billion yen as “research expenses” for this program in its fiscal 2021 budget request. However, that should not obscure the fact that this is an unprecedented project to convert radar and other equipment the previous administration agreed to purchase from the United States for the land-based systems to offshore use.

It is not yet clear what kind of ships will be used for this program or how much it will cost. The total spending could surpass the costs of deploying two Aegis Ashore systems, which were estimated to total more than 500 billion yen.

The other defense program that raises concerns is the plan to develop Japan’s own next-generation fighter jet to succeed the Air Self-Defense Force’s F-2.

The Defense Ministry initially considered total domestic development of the aircraft but abandoned the idea due to expected enormous costs and technological challenges. It has instead decided on a joint development plan involving a U.S. partner.

Mitsubishi Heavy Industries Ltd. will play the leading role in the project while receiving technological support from Lockheed Martin Corp. and cooperation from Britain, with an eye to deployment in 2035.

While the planned appropriation for the project under the fiscal 2021 budget is 57.6 billion yen, the eventual price tag could balloon to the trillions.

The government stresses that the fighter jet project will be led by Japan to maintain the foundation of the domestic defense industry. But the outlook remains murky with many big hurdles to overcome.

In addition to the public health crisis, a raft of tough policy challenges is confronting the nation, including the rapid aging and contraction of the population and a fiscal crunch that has become far more serious. Policymakers need to face up to these harsh realities.

A policy focused on countering security threats by beefing up the nation’s military capabilities will eventually become unsustainable.

A clear priority is to map out a strategy for reducing security threats. The strategy should involve diplomatic efforts to reduce tensions and promote regional stability without depending excessively on military power.

The government must work out a sustainable security policy that is consistent with the realities of the nation.