Poll: Voters trust governors over Suga in battle against virus 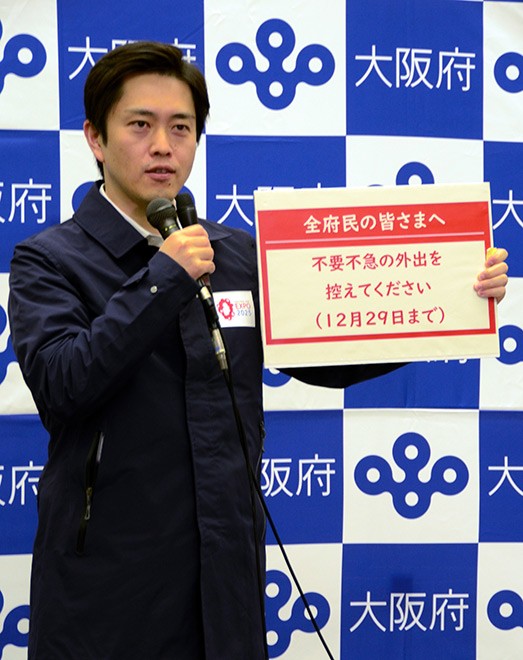 Fifty-four percent of voters approved of their governors’ handling of the novel coronavirus pandemic, compared with 37 percent who gave high marks to the central government, an Asahi Shimbun opinion poll has found.

The numbers were reversed for disapproval rates for pandemic measures, with 54 percent giving the central government a thumbs-down and 37 percent unimpressed by their governors’ actions.

Osaka Governor Hirofumi Yoshimura received the highest marks for his response to the virus spread, gaining approval from 83 percent of voters in the prefecture.

In Hokkaido, 80 percent of respondents approved of the way Governor Naomichi Suzuki has dealt with the health crisis.

But her counterparts in the surrounding prefectures of Kanagawa, Saitama and Chiba were rated 36 percent, 35 percent and 22 percent, respectively.

In Aichi Prefecture, the approval rating for the governor’s response was 33 percent, while the figure for the Fukuoka prefectural governor was 60 percent.

The survey also asked respondents to name only one politician, local or national, who has done a good job in dealing with the pandemic.

Yoshimura topped the list, cited by 378 respondents, followed by Koike, picked by 160, and Suzuki, chosen by 95.

Prime Minister Yoshihide Suga was just behind Suzuki, cited by 59 respondents, while his predecessor, Shinzo Abe, came in fifth, chosen by 58.

However, 30 percent said their trust in the central government has dropped, compared with 10 percent who said it has risen.

Asked to choose one of four qualities most needed by the prime minister or the prefectural governor, 31 percent of respondents picked “fairness and sincerity,” followed by “leadership” at 23 percent, “compassion to the general public” at 23 percent, and “policy measures and philosophy” at 19 percent.

Those who chose “fairness and sincerity” or “compassion to the general public” were most critical of the central government’s response to the pandemic, with 60 percent expressing disapproval.

The survey, conducted in November and December, sent questionnaires to 3,000 voters nationwide selected at random. There were 2,126 valid responses, or 71 percent of the total.