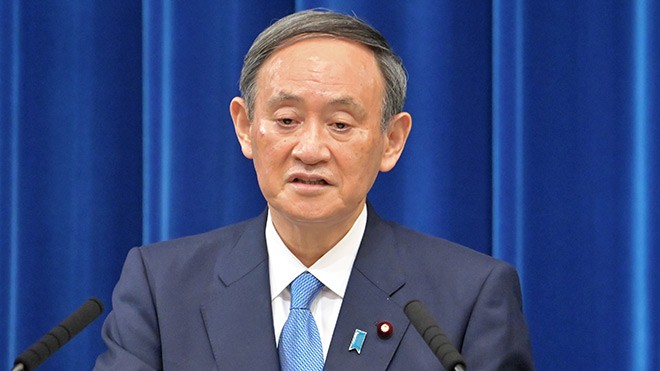 Prime Minister Yoshihide Suga said the government will start discussing a possible state of emergency for the Tokyo metropolitan area while indicating a COVID-19 vaccine could be available in Japan by late February.

“I am aware that the situation is very difficult,” Suga said at his New Year’s news conference on Jan. 4.

He said that if the state of emergency is issued, it will focus on implementing stricter measures against restaurants and bars in Tokyo and neighboring Saitama, Kanagawa and Chiba prefectures.

The prime minister also said a vaccine will be “a decisive factor” in infection control.

“The central government has worked as one to make an approved vaccination shot available as early as possible and hopefully by the end of February,” he said.

The infection numbers in Japan now are even worse than when the first state of emergency was declared nationwide in spring last year.

Tokyo and the three neighboring prefectures have already indicated they will ask bars and restaurants to close at 8 p.m., two hours earlier than under their current requests.

Suga said he will submit a draft revision of the special measures law on dealing with the novel coronavirus pandemic to the Diet, which is scheduled to convene on Jan. 18. Under the proposed revisions, the government can punish businesses that do not cooperate more effectively with anti-virus requests while providing cash handouts to those that comply.

The central government’s Go To Travel tourism-promotion campaign has been suspended nationwide until Jan. 11 to contain the recent surge of new infections.

“If the state of emergency is issued, resuming the (campaign) will be quite difficult,” Suga said.