Bloody attack in 1582 ordered, but not led by key Nobunaga rebel 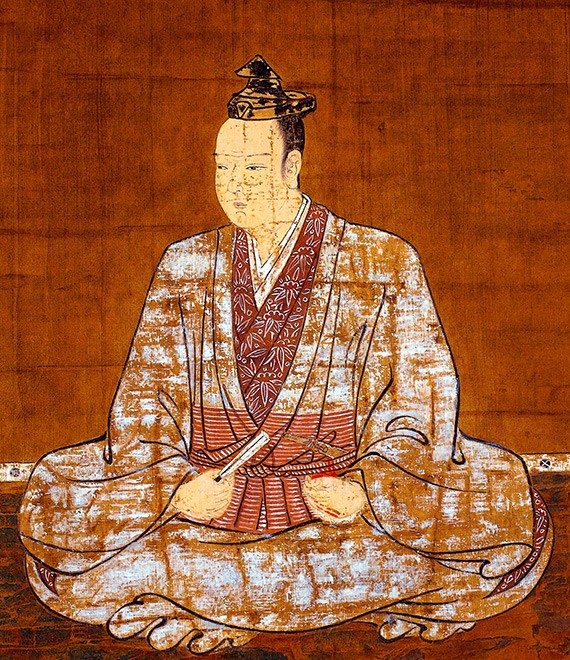 A portrait of Akechi Mitsuhide in the possession of Hontokuji temple in Kishiwada, Osaka Prefecture (Asahi Shimbun file photo)

As much as popular samurai movies and TV dramas strive to get their facts straight, portrayals of a coup against feudal warlord Oda Nobunaga (1534-82) by one of his subordinates at Honnoji temple in Kyoto have long shown the wrong historical figure playing the central role.

Those versions depict Akechi Mitsuhide as leading the attack against Nobunaga, who is said to have committed ritual suicide while the temple went up in flames, on June 2, 1582.

Not quite true, it turns out.

A document long known to scholars, but studied for reasons other than the Honnoji incident, sheds new light on this riveting episode in Japanese history.

It shows that Mitsuhide was not at Honnoji, but ordered an underling to attack Nobunaga. Many aspects of Mitsuhide’s life are unclear, including his birthdate, although he is believed to have been born in 1528.

What is clear is that he died in 1582 shortly after the Honnoji incident, when another Nobunaga subordinate, Toyotomi Hideyoshi (1537-98), took revenge and defeated Mitsuhide’s troops on his own way to unifying the nation.

A three-scroll document written 87 years after the Honnoji incident by Sekiya Masaharu, a military scholar in the Kaga domain, which is now part of Ishikawa and Toyama prefectures, puts everything in perspective.

While scholars were aware of this document now in the possession of the Kanazawa municipal Tamagawa Library’s Archives of Modern History Records, most of their attention remained focused on references to the Kaga domain.

But Daisuke Hagihara, a curator at the Toyama Municipal Folk Museum, recently decided to peruse the document more closely and discovered a section in the first scroll compiled in 1669 that describes the Honnoji incident.

The section includes what was told to a Kaga domain warrior by Saito Toshimune, who was involved in the assault against Honnoji temple led by his father, Toshimitsu, a close associate of Mitsuhide.

According to the document, Toshimitsu led about 2,000 warriors in the attack against Nobunaga, while Mitsuhide waited in Toba, a district in southern Kyoto city, about eight kilometers from Honnoji.

Sekiya also included a note to his son saying the document should never be shown to anyone else.

Hagihara rated the contents of the document as highly reliable, as did other experts.

“It was written by Sekiya himself and there are no signs of additions by later writers,” Hagihara said. “The contents relied on a source who likely took part in the attack and was in a position to have knowledge about important information.”

A diary by court noble Yoshida Kanemi (1570-92), an acquaintance of Mitsuhide, has been the basis until now for the presumption that Mitsuhide led the attack on Honnoji. But some scholars have pointed out that Kanemi simply wrote down a rumor he had heard.

Another expert agreed it was highly plausible that Mitsuhide was not involved in the Honnoji attack.

“There was no need for Mitsuhide to be at the very forefront of combat, so it is reasonable to have him order a subordinate to lead the attack,” said Kazuto Hongo, a professor of medieval Japanese history at the Historiographical Institute of the University of Tokyo.

Hagihara noted there were four additional points in the document that could lead to new historical interpretations of the Honnoji incident.

One is that Toshimitsu himself only learned that Mitsuhide had finally decided to rebel against Nobunaga on June 1, 1582, the day before the attack. Toshimitsu met with Mitsuhide at Kameyama castle in Kyoto Prefecture.

Two additional new points are that Toshimitsu’s troops left Kameyama castle before dusk on June 1 but were only told their target was Honnoji when they were resting that night.

The final new point is that the first notice by Nobunaga’s side that something was amiss was a servant who went to gather water from a well. Nobunaga himself was said to have been taken totally by surprise.

Sakujin Kirino, a historian who has made a study of the Honnoji incident, said the document’s credibility lay with the fact it described what was said by Toshimune, who himself took part in the attack led by his father.

Hiraku Kaneko, an associate professor of medieval Japanese history at the Historiographical Institute, said it was entirely possible that Mitsuhide waited at Toba to learn of the outcome of the attack.

“No primary historical documents have been found showing that Mitsuhide was directly involved in the attack on Honnoji,” he said.

Another section of the document was an account passed on to a Kaga domain samurai by a female attendant to Nobunaga who fled from Honnoji after Nobunaga lifted up tatami mats in the room he was in and ordered the women to escape.

The description of the tatami mats has been found in other historical documents to describe how the female attendants survived.

“It will be important to carefully consider the contents of this document,” Kaneko said. “I hope the entire document is made available soon because it is a very important historical document.”