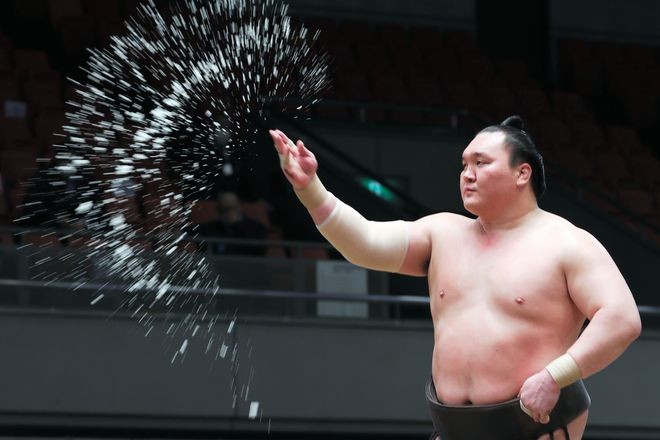 Mongolian-born Hakuho, who is the longest-serving yokozuna--top-ranked sumo wrestler--of all time announced via the JSA website that he took a COVID-19 test after losing his sense of smell.

Hakuho will now seek the advice of specialists and the other wrestlers in his Miyagino stable will now also be tested, according to the statement.

Hakuho's positive test comes just five days before the sumo New Year Grand Tournament is due to start on January 10.

So far, the JSA hasn't said whether the tournament will be postponed.

In May, 28-year-old sumo wrestler Shobushi died due to multiple organ failure related to the coronavirus after he became infected.

Prime Minister Yoshihide Suga on Tuesday told a ruling party meeting a state of emergency declaration for Tokyo and the surrounding area would be decided on Thursday, local media has reported.