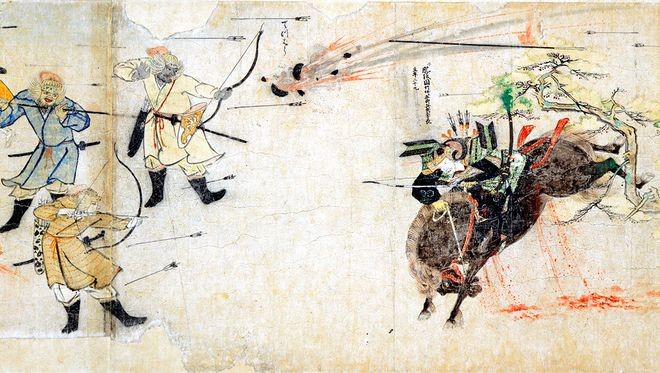 Thousands of valuable artworks connected to the imperial family that are rarely seen by the public will be leased out to museums for free from April so they can be exhibited across Japan.

The initiative comes as the museum has temporarily closed for refurbishment work until fiscal 2024.

Officials decided to use the renovation period to give people far and wide a chance to see the unique art.

The museum is also planning to create an online search system for its collections.

The Museum of the Imperial Collections opened in November 1993 to store and show artworks donated to the state after the death of Emperor Hirohito in 1989, posthumously known as Emperor Showa.

The collections of Empress Kojun (1903-2000), Hirohito's widow, as well as the now-abolished Chichibunomiya family and other imperial family members, were all transferred to the museum following their deaths.

According to the Imperial Household Agency and other sources, the entire collection comprises about 9,700 pieces of art, of which 2,500 or so are ranked A, meaning they are candidates to be designated as national treasures and important cultural properties. The other 7,100 or so items in category B are considered to have significant artistic or historic value.

“Moko Shurai Ekotoba” (picture scrolls on the Mongol invasion), painted in the 13th century during the Kamakura Period (1185-1333), were given an A ranking.

The scrolls are said to have been commissioned by Takezaki Suenaga (1246-unknown), a warlord in what is now Kumamoto Prefecture, to record his battle achievements in two Mongol invasions of the current-day Hakata district of the Kyushu region.

The creation was purchased by the Imperial Household Agency in 1890.

“Jiyu Zogan Karakusa Monko” (Glazed and inlaid arabesque pot) by Tatsuzo Shimaoka (1919-2007), is a work of Mashiko pottery. Shimaoka was designated as a living national treasure in 1996. The Tochigi governor presented it to Emperor Showa and Empress Kojun at the national tree-planting fair held in 1982 in Tochigi Prefecture.

The collection also includes a letter that famed samurai Sakamoto Ryoma (1835-1867) penned at age 29 to his older sister, Otome (1832-1879), as well as Taikan Yokoyama’s (1868-1958) painting “Chichibu Reiho Shungyo” (Dawn in spring at a sacred mountain in Chichibu), which was donated to celebrate the foundation of the Chichibunomiya family.

The Imperial Household Agency said only a few items had ever been rented out to local exhibition facilities until now. In future, it pledged to promote leasing items more aggressively.

The Imperial Household Agency and the Agency for Cultural Affairs included 95 million yen ($922,000) in a supplementary budget for this fiscal year for the project. The funds are also expected to cover costs for creating digital archives of the museum’s collection to make them easier to search and reference.