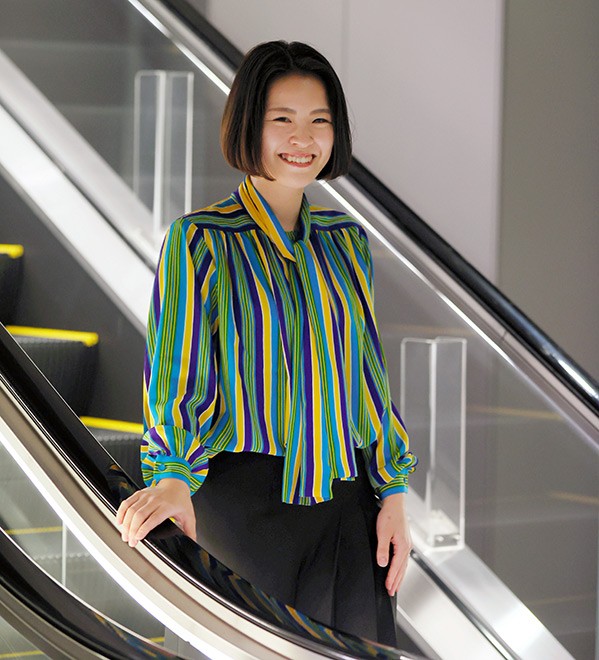 Ayano Sakurai was shocked when a male high school classmate told her to “shut up” and that “girls should remain quiet and stay cute.”

The classmate was late on the day of a school chorus event, and she only reminded him to promptly start practicing.

Sakurai, now 25, said she could hardly believe that someone from her own generation would say something so out of date.

The incident inspired her to speak up on gender issues and lead a project to ensure that young people are included in discussions about how the government should promote gender equality.

Sakurai learned last summer that the government’s new five-year action plan on gender equality was up for discussion. But there were no young people involved in the debate.

In July, she started the “#What is a gender-equal society?” project to engage people younger than 30. The group submitted a proposal based on opinions from more than 1,000 individuals to Seiko Hashimoto, the state minister for gender equality, in September.

Sakurai said she was spurred into action after becoming alarmed that “Japan is still a developing country” in terms of gender equality.

She has heard girls in developing nations speaking about their dreams, such as “becoming president and eliminating discrimination against women.” However, her contemporaries in Japan would say it is impossible to embrace such dreams because they are female.

Sakurai believes that women are not allowed to make their own choices on many issues in Japan.

A recent high-profile scandal, for example, revealed that entrance exam scores were rigged against female applicants for medical faculties at many universities.

A key issue in the government’s five-year plan was whether the government takes action to allow married couples to use separate family names. In Japan, 96 percent of women change their surnames to their husbands’ when they get married.

In November, Sakurai’s group started the “#When can we choose?” online signature-collection campaign calling for the introduction of a dual-surname system. No fewer than 30,000 people expressed support over five days.

The new action plan, adopted in December, generally reflects young people’s voices, but Sakurai said its stance on a two-name system was “disappointing.”

The government even dropped the reference to “a system that allows couples to choose their surnames,” a wording included in the previous five-year plan, bowing to pressure from conservative lawmakers in the ruling Liberal Democratic Party.

Sakurai said she is determined to play a role in creating a society where people can make their own choices, regardless of gender, not only on their surnames but also on other issues.