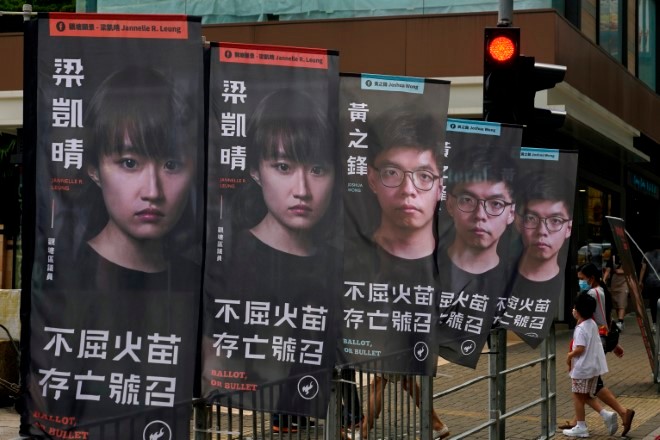 Hong Kong police arrested 53 people in raids on pro-democracy activists on Wednesday, the biggest crackdown since Beijing imposed a controversial security law in 2020, with officials saying those arrested had attempted to “overthrow” the government with an unofficial vote.

The following are comments in reaction to the news:

“We and the international community are equally shocked by the Hong Kong side’s early morning raids and the arbitrary arrests of Hong Kong democrats, and condemn any tyrannical acts that oppress democracy and human rights.

The ‘Hong Kong version of the National Security Law’ has frequently struck at democrats on charges of subverting state power. It not only highlights the fact that the Hong Kong Basic Law meant to protect the rights of Hong Kong people’s has become nothing but words, but its evil deeds have also turned Hong Kong from the ‘Pearl of the Orient’ into a shocking ‘Purgatory of the Orient’.”

U.S. SENATOR BEN SASSE, A MEMBER OF THE SENATE SELECT COMMITTEE ON INTELLIGENCE:

“Chairman Xi (Jinping) sees a divided and distracted America, and he isn’t wasting the moment. These despicable raids expose the Chinese Communist Party for the cowardly dictators they are.”

“The sweeping arrests of pro-democracy demonstrators are an assault on those bravely advocating for universal rights. The Biden-Harris administration will stand with the people of Hong Kong and against Beijing’s crackdown on democracy.”

“This is once again hard proof that the Hong Kong Legislative Council is a rubber stamp for the NPC (China’s parliament the National People’s Congress), losing any democratic value it once held. The CCP (Chinese Communist Party) hopes to stifle all traces of democracy in the city. Hong Kong would only be left with ‘dissidents’ who are loyal to the CCP.”

“The Chinese government has decided to mark 2021 with sweeping arrests of over 50 prominent pro-democracy activists in Hong Kong, removing the remaining veneer of democracy in the city.

Beijing once again has failed to learn from its mistakes in Hong Kong: that repression generates resistance, and that millions of Hong Kong people will persist in their struggle for their right to vote and run for office in a democratically elected government.”

“Right now anything you do that they think is in conflict with the regime’s interests, they will round up all, mainly aiming to intimidate... For us, PORI, we only do operational work, we would consider offering our service to whoever comes to us.”