Many moving from Tokyo amid pandemic but not to outlying areas 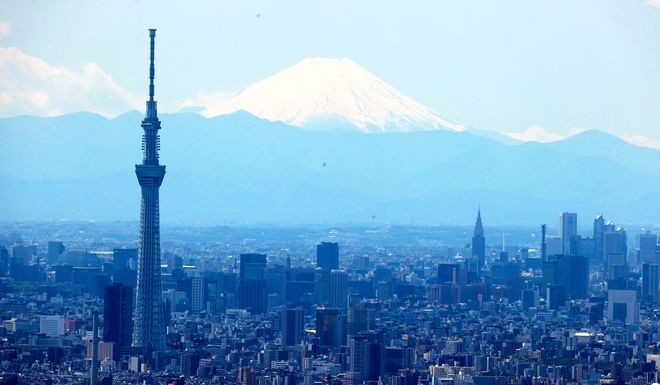 Business management consultant Takuto Nagata once had no choice but to live in Tokyo, as he worked in the offices of his client corporations.

But now, working remotely has given Nagata, 33, the chance to move from central Tokyo to outside the capital.

“Teleworking has become a common work style, eliminating the need to live in the central part of the capital where rents are expensive,” said Nagata.

Prompted by the spreading telework practice and expensive housing rents, Nagata is not alone in escaping from Tokyo. The capital’s population was down by nearly 37,000 by Dec. 1 from July, marking the fifth monthly decline in a row.

According to Tokyo officials, it was the first time since 2012 that more people have left the capital than flowed into it. The rare situation is said to have arisen from the novel coronavirus pandemic.

Nagata decided it was time to make the move in May, when many people began working from home. He relocated from Tokyo's Koto Ward to Kamakura in neighboring Kanagawa Prefecture in July because his grandmother used to live there.

His monthly housing rent dropped 20 percent and the space in his residence increased by 1.5 times. Nagata now enjoys windsurfing after his daily run on his days off.

As Nagata still needs to go to central Tokyo once or twice a week, he does not intend to move out of the Tokyo metropolitan area.

HALF STAY IN METROPOLITAN AREA

The demographic trend, however, is not expected to help address the issue of the population influx into urban zones such as Tokyo.

Hiroo Ichikawa, a professor emeritus of urban policies at Meiji University who is knowledgeable about demographic dynamics, said Nagata is a “typical example” of those relocating from Tokyo.

“Although more people actually leave the capital than new residents moving in, more than half of them relocate to Kanagawa, Chiba and Saitama prefectures within the Tokyo metropolitan area,” Ichikawa said. “The total population of the metropolitan area is rather on the increase. It still cannot be said that people have started heading to local regions.”

Yoichi Ikemoto, the chief editor of the residential information website Suumo, pointed out that residents flee from Tokyo because of “the extremely expensive rents and prices of homes and real estate at the center of the capital.”

“The tendency of flowing out to suburban zones, which began a few years ago, has simply accelerated,” he said.

Whereas the average wage has not risen dramatically, apartment prices continue rising, particularly in central Tokyo.

As developers of hotels and office buildings buy up land and pay increasing costs for workers and materials, building costs have increased 10 percent over the last five years.

Meanwhile, home prices have not experienced a drastic rise.

Ikemoto called it “only natural” that people move to areas at a distance from the center of the capital.

“The number of noise-related problems surged two- to fivefold from normal years, when children could not go out while the country was under a state of emergency (in 2020),” he said. “Demand is growing further for larger spaces and more rooms.”

In fact, according to Ikemoto, more than one agent has reported record-high sales for homes in suburban areas.

“We currently receive 20 to 30 percent more inquiries from those wanting to buy residences, compared with the same period of the previous year,” said the representative. “But few of them are hoping to relocate to very distant regions. Those who initially were considering buying homes several years in the future have apparently moved up their schedules.”

An official of CBRE KK, a leading real estate service provider for corporations, said the company “at first tried hard to win over customers in the expectation that more businesses will relocate from Tokyo to local regions.”

“But there was little demand for that,” the official said.

Few clients want to relocate their headquarters though many have reduced the number of floors they occupy. Even if considering relocating, they ask CBRE to look for satellite offices in suburban areas. The trend is the same as that for homes.

“The ratio of teleworkers is lower in areas outside the Tokyo metropolitan area,” said Ikemoto. “This clearly shows the difference in businesses’ ability to respond to changing situations, meaning Tokyo is still a highly attractive location.”

On the other hand, the CBRE representative noted that desirability “may change.”

The biggest reason for Tokyo’s dense population is that a large number of people come to the capital to attend college and find employment.

The real test for reform is whether popular colleges and corporations will turn to local regions to relocate there.