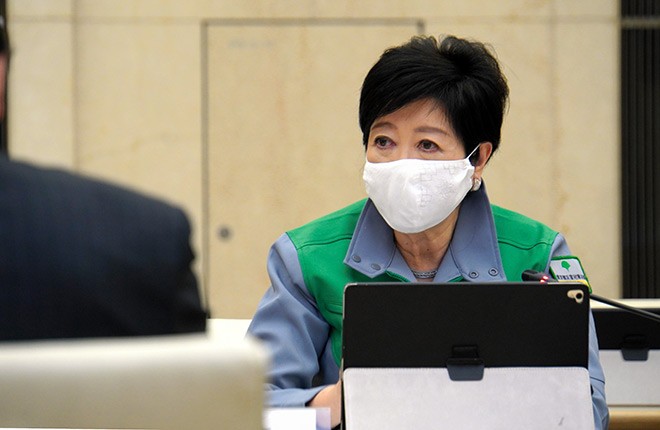 Tokyo Governor Yuriko Koike speaks at a meeting on the novel coronavirus pandemic on Jan. 7. (The Asahi Shimbun)

Tokyo confirmed a record 2,447 new COVID-19 cases on Jan. 7, the day when the government declared a state of emergency for the capital and surrounding prefectures.

The number of new infections easily broke the previous high of 1,591 cases reported the day earlier.

A record 796 patients had serious symptoms across Japan, up 12 from Jan. 6, according to the health ministry.

In Tokyo, a record 121 patients were listed in serious condition on Jan. 7, up by eight from the previous day, metropolitan government officials said.