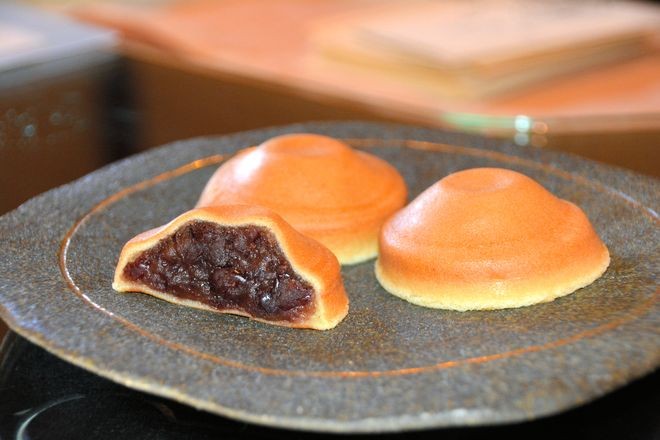 KYOTO--A durable alien ground cherry species has invaded Kyoto Prefecture and is choking the life out of a pricey “azuki” bean that is considered indispensable for traditional Japanese-style sweets.

The invasive variety, combined with the reduced area of the azuki’s cultivation fields, is reducing the supply of the bean.

A look at a Tanba Dainagon field in the central part of Kyoto Prefecture in mid-September underscored the extent of the problem.

A carpet of the harmful plant’s jagged-edge leaves hid the round leaves of azuki underneath.

Measuring around 70 centimeters tall, the ground cherry species is native to tropical America. It bears many green pods shaped like those of the lantern plant used as ornaments for the Bon summer festival.

“Don’t you think they (ground cherries) are terrible?” Toru Tominaga, a weeds research professor at Kyoto University’s Faculty of Agriculture, said with a bitter smile. “The situation is like this for many azuki-producing areas.”

The ground cherry may have been introduced to agricultural fields through insufficiently fermented manure of livestock that consume imported food containing the cherry’s seeds.

According to the Kyoto Prefectural Agriculture, Forestry and Fisheries Technology Center, the ground cherry was confirmed at only one site in Kyoto Prefecture in fiscal 2010. But the variant was found at 17 communities primarily in the prefecture’s central part in fiscal 2016.

MANY SEEDS DIFFICULT TO REMOVE

A number of factors make the ground cherry particularly problematic.

The species thrives from late July through early November, coinciding with the azuki’s production period. Flourishing ground cherries block sunlight, interfering with photosynthesis, and suck up nutrients in soil, rendering it difficult for azuki to grow healthily.

Few herbicides are available to kill the ground cherry, and a single plant can generate more than 10,000 seeds.

The seeds do not sprout simultaneously. Some reportedly sprout several years later, making it impossible to kill off all of them in one season.

Tanba Dainagon was raised on 1,300 hectares around 1990, but the culturing area dropped to 400 hectares in 2019 partly due to the lack of successors among farmers.

Farmers used to raise Tanba Dainagon on small fields, but it has become common over the last 10 or so years to culture the beans in larger communal sites with fewer personnel involved.

“Getting rid of all unwanted plants by hand in those huge agricultural fields is difficult,” said an official of the Kyoto branch of the National Federation of Agricultural Cooperative Associations.

Harvests using agricultural machinery can stain azuki beans with water from crushed fruits and stems of the ground cherry. Azuki production per unit area has declined by at least 60 percent in fields heavily affected by the invasive species, according to the technical center.

Scientists have been working on ways to get rid of the problematic plant.

Ayako Omori, a second-year student in the master’s course in Tominaga’s lab, noted that up to 8,000 ground cherry seeds can be found on the ground per square meter.

For that reason, the center calls on farmers to wash the wheels of machinery before moving to another field and to remove ground cherries as soon as they are discovered.

The center is also looking into available herbicides and developing equipment to efficiently eliminate the unwanted vegetation.

Tanba Dainagon is a brand-name bean indispensable for confectionery in Kyoto.

According to Nakajima, who has been in the business for 60 years, his company sometimes cannot procure a sufficient amount of Tanba Dainagon for its yearlong production. When the harvest was so bad a few years ago, the sweets maker had to close on extra days to save on beans.

Although Hokkaido is Japan’s largest azuki producing area and Tanba Dainagon’s price is triple that of ordinary beans, Nakajima said the species is irreplaceable.

“Beans from Hokkaido can be treated to be tasty, but its (Tanba Dainagon’s) flavor is extremely different,” he said. “It cannot be replaced for our products. I will continue to insist that tsubuan made from Tanba Dainagon is the best until I die.”