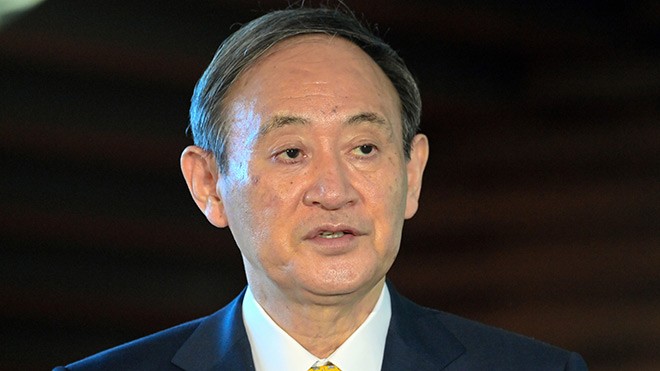 Prime Minister Yoshihide Suga was roundly criticized on social media sites for announcing that business and other travelers from 11 nations and regions would continue to be allowed entry into Japan even after his government declared a fresh state of emergency to fight the COVID-19 crisis.

Social media sites suggested Suga was more concerned about the economy than the public’s health, given that he spoke only a day after announcing a state of emergency for the novel coronavirus pandemic in Tokyo and three neighboring prefectures.

Appearing on a TV Asahi news program on Jan. 8, Suga said business and other travelers from China, South Korea and nine other nations and regions would continue to be allowed in.

At the same time, government officials said all arrivals in Japan, including Japanese nationals, would be obliged to provide certification they tested negative for COVID-19 within 72 hours of departure as well as take another test upon arrival at a Japanese airport.

The tougher quarantine measures were intended to respond to the sharp criticism from lawmakers of both the ruling coalition and opposition camps as well as on social media.

Suga said on the TV program entry from the 11 nations and regions was being continued because those areas were considered safe in terms of COVID-19 issues. He said entry would continue to be allowed until community spreading of COVID-19 variants was confirmed in a nation.

Passengers arriving from the 11 nations and regions are required to undergo virus tests at airports in Japan from Jan. 9. Arrivals from those areas, excluding Malaysia and Myanmar, had been exempted from tests since November.

The government currently bans new entry from about 150 other nations and regions, and all passengers arriving from those areas are tested at Japanese airports.

The original eighth paragraph mistakenly said, “Arrivals from those areas, excluding Malaysia, had been exempted from tests since November.”