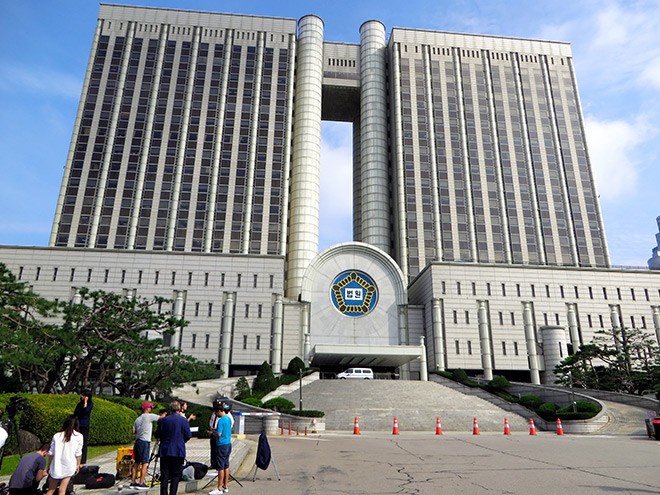 SEOUL--A Seoul court will reopen proceedings in a lawsuit by former "comfort women" seeking a combined 3 billion won (280 million yen, or $2.7 million) from the Japanese government in compensation for their ordeal.

The Seoul Central District Court initially planned to hand down a ruling on Jan. 13, but decided on Jan. 11 to reopen trial proceedings on March 24. The court did not offer an explanation for its decision.

The plaintiffs filed the lawsuit at the end of 2016. One of them is 92-year-old Lee Yong-soo, a key figure in efforts by former comfort women to seek financial redress from Japan for having been forced to provide sex to wartime Japanese military personnel.

The Japanese government refuses to acknowledge the lawsuit on grounds its sovereign immunity under international law means it cannot face a trial in another nation.

In a separate case, the district court issued a ruling Jan. 8 ordering the Japanese government to pay damages to another group of former comfort women for wartime criminal acts committed “in a planned and organized manner.”

In its ruling, the court rejected the government’s claim of sovereign immunity and stated that South Korean courts can exercise their judicial rights in issuing a ruling.

The district court apparently decided that additional trial proceedings are necessary for the ongoing case based on the Jan. 8 ruling, according to sources within the legal profession.