Mori sticks to Olympics this summer, saying it’s ‘only option’ 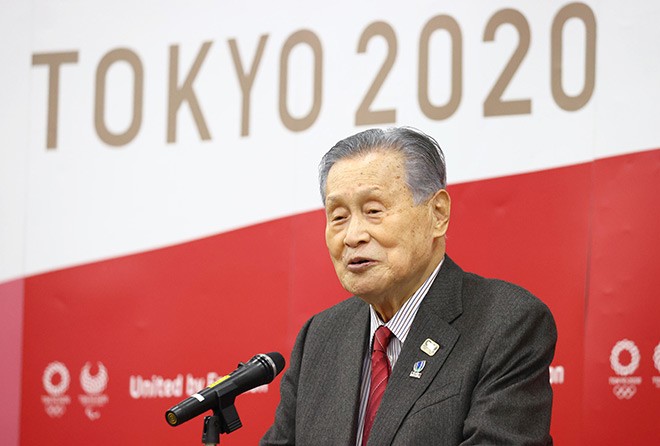 The head of the Tokyo Olympics organizing committee said holding the delayed Games this summer as scheduled is the only option, despite growing public skepticism as Japan struggles to rein in the novel coronavirus pandemic.

He noted growing public concerns about whether Tokyo can host the Summer Games, now just 200 or so days away, while the health crisis continues to rage.

“If I, as chief of the committee, begin to feel unsure even slightly at this stage, it will affect everything,” he said. “We definitely should push forward as that is the only option for us.”

Mori also divulged that his wife informed him that the internet is inundated with posts more critical of him than Prime Minister Yoshihide Suga, who has faced an intense backlash over perceptions his government did too little, too late to overcome the health crisis.

“It is the first time in my life to experience (such a high level of criticism),” Mori said, adding it was worse than when he was in office from 2000 to 2001 as prime minister and was plagued by dismal approval ratings.

“There were ups and downs and this is my last task,” said Mori, who turns 84 in July. “I want to fight with you until the Olympics are over.”

Public opinion is sharply divided over whether to hold the Olympics, according to a survey by The Asahi Shimbun.

In the survey last month, 30 percent were in favor of holding the rescheduled event while 32 percent supported cancellation and 33 percent called for the Games to be rescheduled again.

Social media sites are flooded with comments raising doubts about the wisdom and Tokyo’s ability to hold the Olympics and Paralympics, particularly after the capital and three neighboring prefectures were placed under a monthlong state of emergency on Jan. 7.

Toshiro Muto, the CEO of the committee who gave a speech after Mori, acknowledged the results of opinion polls by news outlets that invariably showed a rise in respondents calling for a cancellation or further postponement.

But Muto said the committee had confirmed with the International Olympic Committee that neither side expected to discuss nor decide whether to hold the Olympics during talks slated for next month.

“It is our mission to ask what we should do to hold the Olympics under the current circumstances, rather than ask about its fate,” he said.