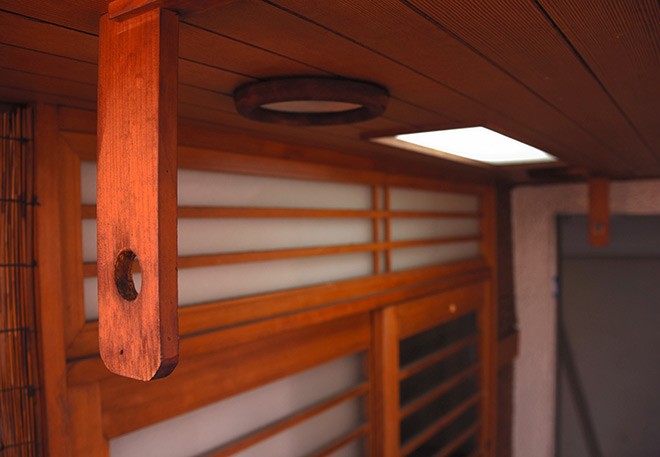 The bar that was the site of the attempted sexual assault is seen deserted in December. The signboard and entrance curtain are gone. (Issei Yamamoto)

OSAKA—A concerted effort by two good Samaritans helped police thwart the imminent gang rape of a woman who was being drugged at a bar.

Dozens of police investigators stormed the bar in a bustling commercial district in the Kansai region last September to rescue the woman.

Police arrested the bar owner, 50, an office worker, 23, and a caregiver, 34, the following day on suspicion of “attempted constructive forcible sexual intercourse” for plotting to sexually assault the woman after rendering her unable to resist.

The woman appeared overcome by a strong drowsiness while she was being interviewed by police, according to sources.

“It was such a close call,” a senior police official said. “It would have been too late if the plot had been uncovered slightly later.”

The three men, who were all present at the scene, admitted to the allegations, the sources said, and they were later prosecuted.

The woman, 27, spotted an online message calling for participants in a “drugging and raping” scheme against the woman being targeted.

She collected information about the plot, including the date, time and meeting place for the suspects, with the Tokyo man whom she had known through Twitter.

The man, 34, went to the meeting place in person on the day of the planned assault to confirm and rushed to a nearby police station.

“A sexual crime is about to occur,” he told police.

Police confirmed that the woman being targeted was at the bar near the meeting place, and investigators surrounded the establishment housed in a multitenant building.

SUSPECTS ALL STRANGERS TO EACH OTHER

Police believe the three suspects, all strangers to each other, connected through an online message board.

A chat group was created under the name of “drugging” on the Line free messaging app, and the office worker announced the meeting place on the day the crime was to take place, according to sources.

“I will be drinking with the woman, still conscious, at the bar,” the message said. “Please come in just like any other customer. We will get started when the woman has fallen asleep.”

The drink offered to the woman contained the sleep inducer Halcion, according to sources. The woman said she sensed a prickling numbness in her tongue when she sipped the drink.

A company executive, 50, was also prosecuted on charges of aiding the attempted sexual assault by mailing a sleep inducer to the bar owner.

The first information about the woman being targeted appeared on an online bulletin board about a month before the planned assault, according to sources.

A separate message called for participants several days before the incident. The woman from Ibaraki Prefecture contacted the poster, pretending to be a would-be accomplice.

Six or seven people had posted messages saying they would take part.

She warned the Internet Hotline Center Japan, which receives reports on illegal and harmful online content on commission from the National Police Agency, about the plot.

But she said she decided to approach the suspects because she thought that her tip alone would not be enough to prompt police to step in.

The Tokyo man works for a security agency that specializes in providing bodyguards.

Aside from his professional duties, he routinely patrols crowded places as a volunteer to watch for suspicious figures who may be attempting to prey on women. He details his activities on Twitter.

The man told The Asahi Shimbun that he began his volunteer patrol work to prevent sexual crimes from occurring because a woman he is friends with had been sexually assaulted.

“You should take action before it’s too late,” he said. “I reflected on what would push police into action before I decided what I would do.”

Police thanked him and reimbursed him for his travel expenses to and from the site.

A senior police official said the recent case may be more an exception than a rule when it comes to police investigations.

“We get a massive number of tips about suspicious online activity, and many of them are just pranks,” the official said. “We should not be inducing crimes (like in sting operations), and we only have limited staff.”

Hisashi Sonoda, a professor of criminal law with Konan Law School, warned there can be a downside to citizens operating their own investigations and injecting themselves into these kinds of situations.

“Attempted ‘arrests’ by lay members of the public could trigger disputes and are dangerous when they are made without notifying police,” he said. “You even risk the danger of being accused yourself if you contact a suspect and offer, for example, to take part in a crime because doing so could help consolidate the suspect’s criminal intent.”

“The latest case represents a good example of prompt police action enabled by a tip,” said Shikata, a former NPA official well-versed in cybercrime. “The action of the sort taken by the tipster in the case in question, who was so eager to defend the target, cannot just be easily dismissed.

“The important thing is to notify police sooner rather than later while making sure that you are safe.”

(This article was written by Tomoya Nozaki and Issei Yamamoto.)