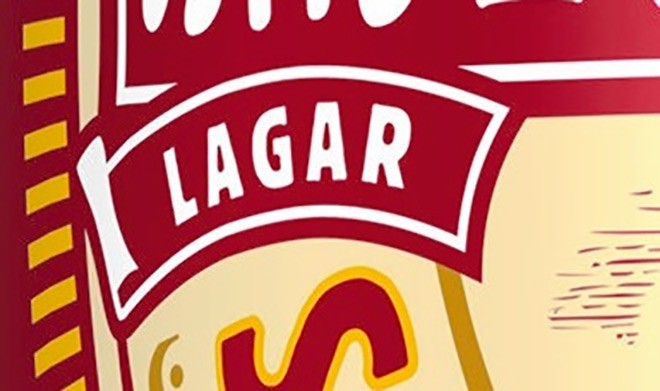 Perhaps the copywriter had too much to drink, but netizens have convinced Sapporo Breweries Ltd. not to throw out perfectly good beer over a spelling error on the label of an upcoming release.

Instead, the major Japanese beer producer announced on Jan. 13 that its latest product, “Sapporo kaitakushi mugishu jitate,” will hit stores as planned with the label saying “LAGAR” instead of “LAGER.”

Sapporo said in a prepared statement that it and major convenience store chain FamilyMart Co., which co-produced the beverage, have reversed their decision to throw out the beer after listening to the public.

“It says LAGAR in the product design, but the correct spelling is LAGER. There is no mistake in the ingredients labeling,” Sapporo said.

The design includes the phrase, “Produced with a formula that has continued since Meiji 9 (1896).”

The companies now plan to make the beer available at FamilyMart stores nationwide in a limited release on Feb. 2.

Red-faced Sapporo officials initially caught the typo and announced that the rollout would be canceled on Jan. 8, four days before the scheduled release.

But posters on social media urged the company to belly up to the bar and “not waste food.”