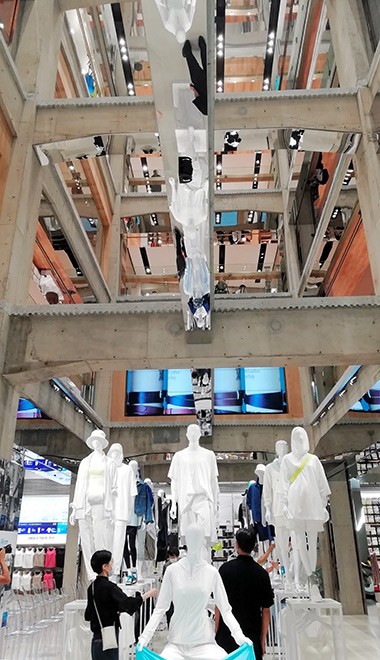 Fast Retailing’s profit in the three months through November rose to 113.1 billion yen ($1.09 billion), up 23 percent from a year earlier when the novel coronavirus outbreak had yet to emerge.

That beat the market’s consensus view of 104.7 billion yen, although quarterly sales of 619.8 billion yen missed expectations for 640 billion yen, according to the average of analysts’ forecasts from Refinitiv.

Fast Retailing has widely been viewed as one of the most resilient retailers amid the global virus pandemic, despite suffering a hit in the early days from its dependence on China for both manufacturing and sales.

It runs about 800 Uniqlo stores in mainland China, roughly the same number as in its home market, Japan.

Both nations escaped the brunt of the explosive outbreaks suffered by other markets such as the United States and Europe, meaning Uniqlo--which has yet to gain traction there--has been spared the worst of the global retail downturn.

The company said it booked a “large” profit gain in mainland China in the quarter, helped by strong demand for warm clothing and growth in online sales.

Both Uniqlo and cheaper sister brand GU have benefited from strong demand for the kind of comfortable wear favored by stay-at-home workers and students, such as loose-fitting T-shirts and stretchy pants.

Fast Retailing said its AIRism masks made with breathable fabric, as well as a sell-out collection with designer Jil Sander, helped pull customers to stores in Japan in the quarter.

It maintained its forecast for 2.2 trillion yen in sales and operating profit of 245 billion yen for its fiscal year through August.