Osaka Prefecture leads nation in number of deaths from COVID-19 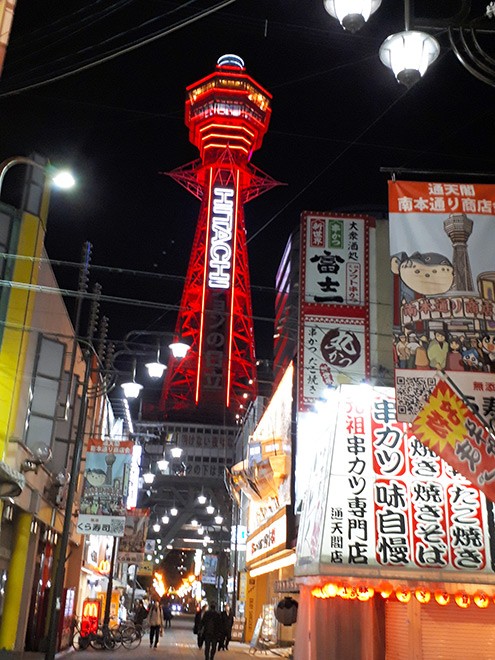 Tsutenkaku Tower in Osaka's Naniwa Ward is lit up in red to signal a high alert for the novel coronavirus on Dec. 8. (Asahi Shimbun file photo)

OSAKA—The death toll from COVID-19 in Osaka Prefecture increased to 714, the highest number in the country and topping the figure for Tokyo, which has recorded more than twice as many novel coronavirus infections.

After the Osaka prefectural government on Jan. 14 confirmed 11 new deaths, the prefecture had seven more than Tokyo’s death toll of 707.

The Osaka prefectural government says its high death toll stems partly from an increase in infections among elderly people, who are at a higher risk of developing serious symptoms.

Between Nov. 29 and Dec. 24, the prefecture confirmed 2,805 new COVID-19 patients aged 60 or older, accounting for about 33 percent of all new infection cases.

Over the same period, Tokyo reported 2,482 new patients 60 or older, or about 18 percent of its total.

Osaka Prefecture found 127 group infections at nursing homes, medical institutions and elsewhere from Oct. 10, the date considered the start of “the third wave” in the prefecture, through Jan. 11. The number of COVID-19 deaths increased sharply from December.

According to the health ministry, Osaka Prefecture has about 20,000 facilities for elderly people, the most in Japan and about 400 more than Tokyo, including special nursing care homes and visiting care service centers.

“When community transmission increases, more elderly people get infected because there are so many facilities serving or accommodating them in Osaka Prefecture,” Osaka Governor Hirofumi Yoshimura told reporters on Jan. 12. “It is important to prevent the virus from spreading within those facilities to reduce the number of deaths.”