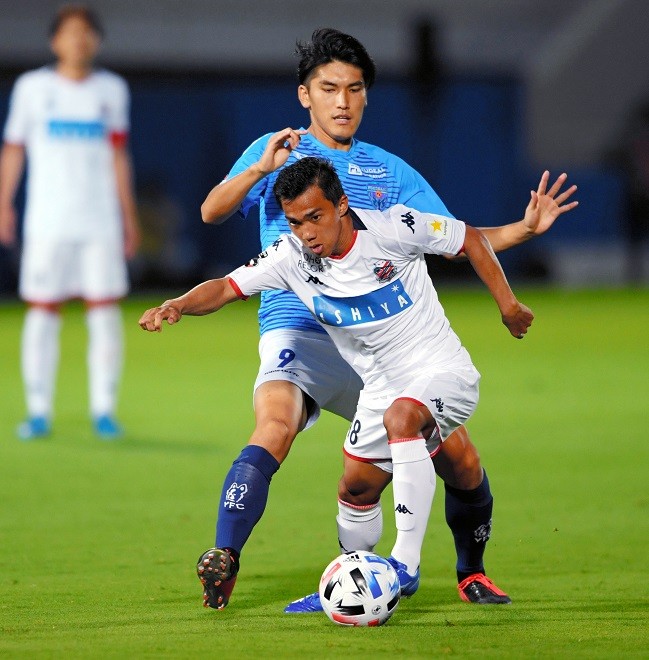 Thanks to star players such as the "Thai Messi," Japan's professional soccer league is alive and kicking in popularity in Thailand, some 4,000 kilometers away.

Midfielder Chanathip, 27, who stars for Hokkaido Consadole Sapporo, earned the moniker for his outstanding play, reminiscent of Lionel Messi, a member of the Argentine national team.

Chanathip contributed to winning the 2014 ASEAN Football Federation (AFF) Championship as part of the Thai national squad, when he became the youngest MVP in the history of the championship.

Chanathip joined Consadole Sapporo in summer 2017. He is also expected to play a major role as a member of a club team in Europe in the future.

According to officials of the Japan Professional Football League, its three-year broadcasting rights contract with a Thai media company for the 2020-2022 season increased by about fivefold from the 2017-2019 season.

The organization declined to disclose the amount.

In Thailand, J.League-related topics have been increasingly searched over the internet since Chanathip joined the Japanese club team.

The J.League has also been making efforts to raise its profile by operating a train decorated with the faces of its players and hosting public viewing events of its games.

"Our efforts in Thailand can be a (business model)," said Kei Koyama, a J.League Inc. official who works for its global business to promote the league.

The company also plans to promote Japan's soccer league in the South and North Americas, the Middle East and elsewhere in various formats.