Mother yearns to dream about daughter killed in Kobe quake 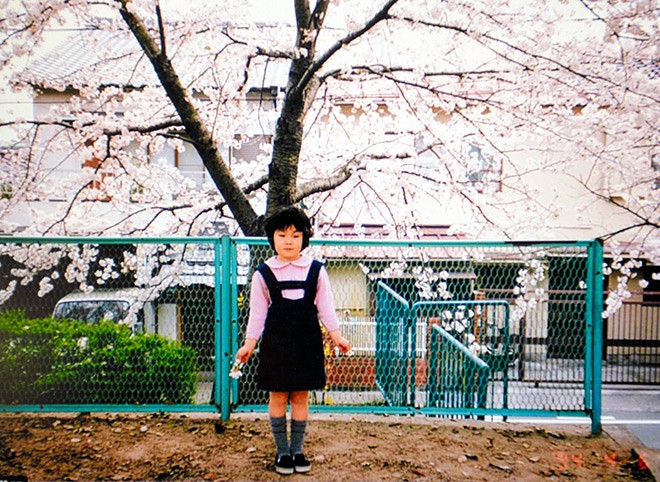 KOBE--Midori Kaga named her daughter “Sakurako” after a seasonal flower for the month she was born.

But everybody called her by her nickname, “Chibi-chan” (little one).

“Sakurako, well, Chibi-chan, you were a very sweet child.”

Kaga, 65, addressed her daughter in a memorial speech that she wrote for the Jan. 17 anniversary of the Great Hanshin Earthquake that shook western Japan 26 years ago.

Sakurako was just 6 when she died in the earthquake that occurred directly beneath the urban center of Hyogo Prefecture, which claimed thousands of lives.

Kaga was originally supposed to deliver the speech at the city’s annual memorial event on behalf of the bereaved families who lost their loved ones in the disaster. But the speaker portion of the program was canceled due to the novel coronavirus pandemic, so it was only posted on the city’s website.

Kaga had her first child at 33. Since it was the year of the dragon, she toyed with the idea of naming her baby girl Ryoko in reference to a dragon.

But that changed when she first saw the baby’s plump, round face.

Kaga, who taught classical Japanese dance, instead came up with Sakurako, a name she hoped would invoke an image of flower petals dancing gracefully.

Kaga also thought it was a perfect fit, since the baby was born on Oct. 6, when cosmos, also known as autumn cherries, are in full bloom.

She once came to the rescue of a kindergartener who was being scolded by a teacher.

“'Sensei' (teacher), please don’t get mad like this,” Sakurako pleaded in her Kansai accent.

“That put me into silence,” the teacher later told Kaga with a laugh.

Kaga noticed her daughter also had talent in dancing. Sakurako learned classical Japanese dance by watching others take lessons from her mother. She made her stage debut when she was 4.

While Kaga was busy teaching, Sakurako spent a lot more time playing with her grandfather, Yukio.

As soon as she came home from kindergarten, she would run to hug Yukio. She often slept side by side with him. She did so the night before the earthquake.

Kaga broke the window and got out of her home. To her horror, she saw that the first floor of the house was crushed.

Through the gap, she heard Yukio cry, “Chibi may have been killed.”

Neighbors helped Kaga’s desperate rescue effort and removed the roof by tying it to a car with a rope.

One of the neighbors lifted up Sakurako’s body and he yelled, “She’s still warm!”

The girl was quickly transported to a hospital, before Kaga even had the chance to see her face.

Later that day, she was told Sakurako had died.

Several weeks later, Sakurako appeared in Kaga’s dream. She looked just like before when she was alive.

She was holding flowers and smiling. The two had a silly talk.

Then Kaga woke up.

“I can live together with Sakurako in the eight hours or so while I am asleep,” Kaga said in the memorial speech. “That thought made me feel at peace. It was a very happy time for me.”

Five years passed since the quake and Kaga was blessed with a baby boy. Her son grew fast. But Sakurako remained her 6-year-old girl.

Yukio had blamed himself for the tragedy and often said, “I killed Sakurako.”

After his death, Kaga said to herself, “Now he can be with (Sakurako), finally.”

But since then, Sakurako stopped appearing in her dreams.

Twenty years after the earthquake, Sakurako’s friends from her kindergarten gathered at Kaga’s home.

Some had become mothers and held babies of their own. Sakurako’s best friend told Kaga that she was getting married soon.

The passing of time hit Kaga.

Kaga was asked to write a memorial speech to mark the 26th anniversary of the disaster this year.

On Jan. 17, she joined the memorial gathering at Kobe East Park and offered a prayer alongside other attendees.

Kaga said to write the speech, she searched through every memory of Sakurako. In each one, the girl always wore an innocent smile.

After Yukio’s death, Kaga sometimes felt Sakurako’s presence in her dreams, but the girl no longer showed her face.

Kaga now believes that a fully grown Sakurako will one day come to visit her at night.

“Please appear in my dreams,” Kaga asked Sakurako in her speech. “I want to see a 32-year-old you.”