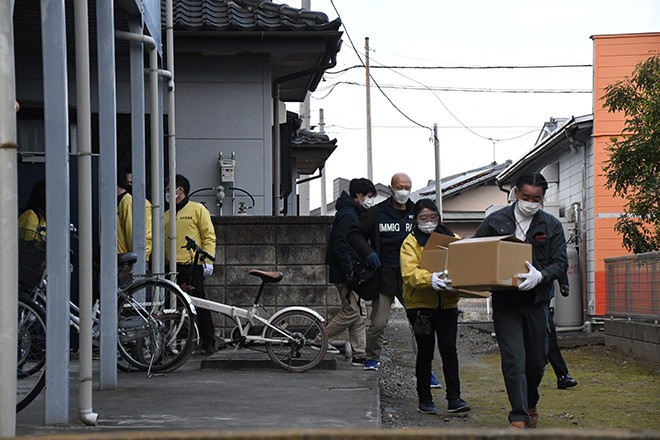 Nguyen Huu Tho, 28, a male, and Do Thi Hao, 38, a female, who are residing in Isesaki, Gunma Prefecture, had been arrested and indicted on suspicion of overstaying their visas in violation of the Immigration Control and Refugee Recognition Law.

The police believe that the suspects stole pears for resale purposes and will investigate if the theft is related to similar incidents where thefts of fruit and livestock were reported in succession in the northern Kanto region last year.

Both suspects have apparently known each other for some time.

“I can say nothing as of now,” Nguyen said.

Do admitted to the charges and said, “Nguyen asked me to go to steal together and we went to the pear farm. We put pears into plastic bags. Four of us stole them.”

Both said that they have been unable to return to Vietnam because they did not have the money.

In December, the police searched a housing complex in Isesaki on suspicion of theft of the pears and arrested Nguyen and others there. Police later arrested Do at the Immigration Services Agency.