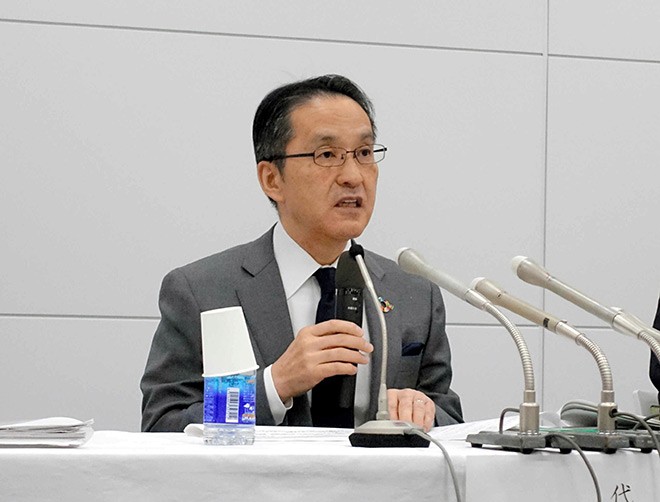 Marubeni Corp., a leading general trading house, bucked an industry trend by planning to hire more women to put an end to its "male-dominated workforce" by fiscal 2024.

The Tokyo-based company pledged to raise the ratio of women to half of all new hires for career track jobs by that time frame.

Marubeni's move to significantly expand its share of female college graduates on a career track path is highly unusual as women typically account for no more than 30 percent of all such new hires among major trading companies.

“It is essential to phase out from a homogenous group (of men) to enable the company to flexibly respond to changes in the business environment,” said Masumi Kakinoki, the company's president.

Each year, Marubeni employs 100-110 new recruits fresh from college. A record 30 percent of such new hires who will join Marubeni in spring are women.

Overall, however, women represent 10 percent of the 3,300 or so employees with career track jobs. In terms of managerial positions, only 6.4 percent of jobs are filled by women.

Marubeni realized that the status quo will remain the same even 20 years from now unless it sharply raises the percentage of new female hires.

The sweeping overhaul in the company’s recruitment policy followed growing doubts about the company’s ability to resolve social challenges and stay ahead of the pack if 80 percent of its career-track employees are men, according to a senior official in the company’s human resources department.

Trading companies are popular among college students as prospective employers as they offer high salaries and opportunities to work overseas.

But they are also known for their male-dominated workforces, and many women find it difficult to put in the excessively long hours expected of them in the industry, and work in overseas offices, some of which in developing countries allow little access to modern conveniences.

Marubeni plans to establish a new career track that does not require transfers this summer.