POINT OF VIEW/ Regis Savioz: Nuclear weapons are now illegal, a victory for all 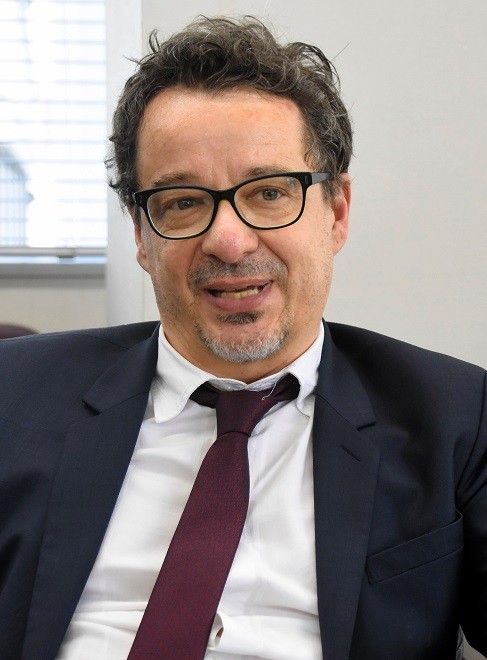 Several visits to Hiroshima and Nagasaki and exchanges I had with hibakusha will remain as one of the most remarkable moments since I was appointed head of the International Committee of the Red Cross (ICRC) delegation in Japan in 2019.

These visits also reminded me of Dr. Marcel Junod, a doctor for the ICRC, who witnessed firsthand, a little bit more than 75 years ago, the city of Hiroshima having been “swept away by a supernatural power,” as he wrote while delivering assistance alongside the Japanese Red Cross Society.

The doctor quickly concluded that nuclear weapons must be banned outright. “Only a unified world policy can save the world from destruction,” he wrote. By 1950, an estimated 340,000 people had died from the effects of those two bombs.

For more than 75 years, almost half of the ICRC’s 158 years of existence, we have been advocating alongside hibakusha for the elimination of nuclear weapons for the simple reasons that we do not believe they can be used without inflicting massive death and suffering among civilians, and it would be impossible to respond to the humanitarian consequences they would cause.

That is why Jan. 22, which marks the entry into force of the Treaty on the Prohibition of Nuclear Weapons (TPNW), is such a historic day for us and more importantly for hibakusha, who fought throughout these years to make sure that no human beings would have to go through this horrific experience again.

“We believe that humanity and nuclear weapons cannot coexist. And the only way to have security and peace is through the total abolition of nuclear weapons,” said Setsuko Thurlow, a survivor of the atomic bombing who was 13 when her home city of Hiroshima was bombed. “You cannot imagine how overjoyed we are and what sense of accomplishment we have. We just feel so euphoric about this achievement” she added, as the TPNW has finally become a reality.

We can only understand how proud and happy all survivors of the atomic bombings are today as they did not seek revenge from what happened but only stood up to make sure that there would never be a Hiroshima and Nagasaki again.

Jan. 22 is indeed nothing short of a victory for them and for humanity. Seventy-five years after nuclear bombs wrought the war’s worst horror on the two Japanese cities, the world’s newest multilateral treaty outlaws nuclear weapons. It prohibits the use, threat of use, development, production, testing and stockpiling of nuclear weapons, formalizing into law a strongly held taboo against the use of nuclear weapons and providing a further disincentive for their proliferation.

The TPNW is also the first instrument of international law to mitigate the catastrophic humanitarian consequences of nuclear weapons by requiring states that suffered a nuclear explosion to provide medical care for victims on their territory.

What the treaty doesn’t do, quite obviously, is magically eliminate the world’s current nuclear arsenal. Indeed, it would be naive to expect the TPNW to deliver a world without nuclear weapons tomorrow.

The new treaty should instead be viewed as the moral and legal starting point for a long-term effort to achieve nuclear disarmament.

“We have a lot of work to do. Step by step it has to get closer to a total abolition. And we need to make efforts to ensure the broadest possible adherence to the treaty’s prohibitions.” said Thurlow.

The world’s nine nuclear-armed states indeed have more than 13,000 nuclear bombs, with command-and-control networks vulnerable to human error and cyberattacks.

Even if the horror of nuclear detonation may feel like distant history, the risk today is too high. Treaties to reduce arsenals are being abandoned, new types of nuclear weapons are being produced and serious threats are being made. That’s an arms race, and it’s frightening.

“I hope people from many more countries will join us and call for the elimination of nuclear weapons. Unless people from around the world and not only Japanese people become aware of the catastrophic and inhumane consequences of nuclear weapons, many more will then end up experiencing even greater suffering than we did. This must never happen, and we must be the last hibakusha in history,” said Sakue Shimohira, 86, of Nagasaki.

The entry into force of the TPNW allows us to gaze toward the future; to imagine a world freed from these inhumane weapons not as a distant dream but as an actual, achievable goal.

It is therefore up to states and to us, to deliver on this promise and ensure that the treaty’s provisions are faithfully implemented. We must therefore intensify and scale up our efforts and do everything possible, hoping that every country finds itself, sooner or later, in a position to sign and ratify the treaty.

Thurlow encourages younger generations to share their opinions and thoughts with national leaders and influencers.

“Think, talk, discuss and use your imagination. And once you think you know what this is all about, don’t just stay mute. Use the knowledge you have gained. I know many people find it uncomfortable to become politically involved. But almost everything we do is a political action. If somebody is suffering from COVID-19, then the government has to pitch in and help them.”

While we celebrate the entry into force of the TPNW, we must not forget that prohibiting nuclear weapons is the beginning and not the end of our efforts. And that the end will only come when those 13,000 nuclear weapons no longer exist.

Regis Savioz is head of the delegation in Japan, International Committee of the Red Cross.