China to conduct military drills in South China Sea amid tensions with U.S. 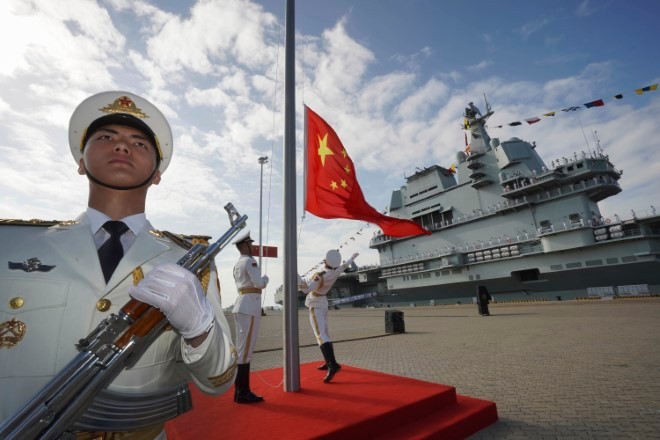 BEIJING--China said on Tuesday it will conduct military exercises in the South China Sea this week, just days after Beijing bristled at a U.S. aircraft carrier group’s entry into the disputed waters.

A notice issued by the country’s Maritime Safety Administration prohibited entry into a portion of waters in the Gulf of Tonkin to the west of the Leizhou peninsula in southwestern China from Jan. 27 to Jan. 30, but it did not offer details on when the drills would take place or at what scale.

A U.S. carrier group led by the USS Theodore Roosevelt entered the South China Sea on Saturday to promote “freedom of the seas,” the U.S. military said, days after Joe Biden began his term as president.

The contested waters have become another flashpoint in the increasingly testy bilateral relationship between Beijing and Washington. The U.S. military has steadily increased its activities there in recent years as China asserts its territorial claims in the area in conflict with neighboring countries including Vietnam, Malaysia, the Philippines, Brunei and Taiwan.

The announcement of the drills in the Gulf of Tonkin, just east of Vietnam, came as the Southeast Asian country opened a key Communist Party congress in Hanoi.

China on Monday complained that the United States frequently sends aircraft and vessels into the South China Sea, through which trillion dollars in trade flow every year, to “flex its muscles” and said such actions are not conducive to peace and stability in the region.