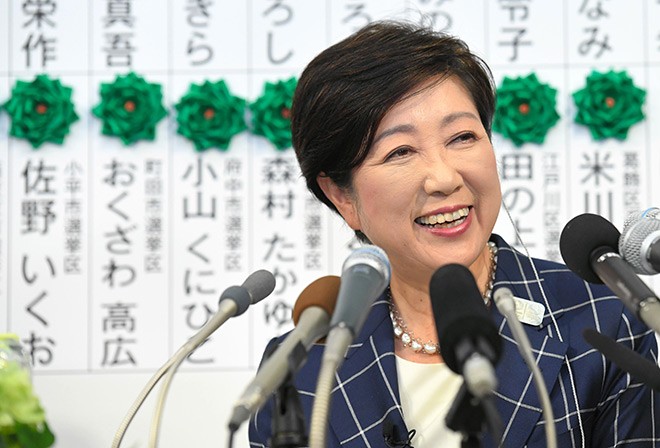 In politics, timing is everything, so all eyes will be on Tokyo’s metropolitan assembly election this summer, ahead of the Tokyo Olympics and a Lower House election expected by fall.

The outcome of Tokyo’s election in July could have a huge effect on national politics.

As Tokyo metropolitan assembly members near the end of their terms, the Tokyo Metropolitan Government Election Administration Commission decided on Jan. 27 that election campaigning can begin on June 25 and voting will be held on July 4.

The Games are scheduled to start later that month, on July 23.

The terms of Lower House lawmakers in the Diet also end this year, in October, with their elections held by then--creating the prospect that the metropolitan election could set the table for the Lower House races.

The Liberal Democratic Party (LDP), which squared off against Koike, suffered a historic defeat, going from 57 seats to a record-low 23 seats. The party currently holds 26 seats.

But then last July, the LDP effectively supported Koike in Tokyo’s gubernatorial election. A major focus of the upcoming Tokyo assembly election will be the number of seats the LDP can regain through closer cooperation with Koike.

Tomin First no Kai plans to field its endorsed candidates in each electoral district, and a lot of attention will be given to what Koike says.

There are 127 seats up for grabs in the Tokyo assembly election.