Tokyo seems on delicate path to recovery in state of emergency 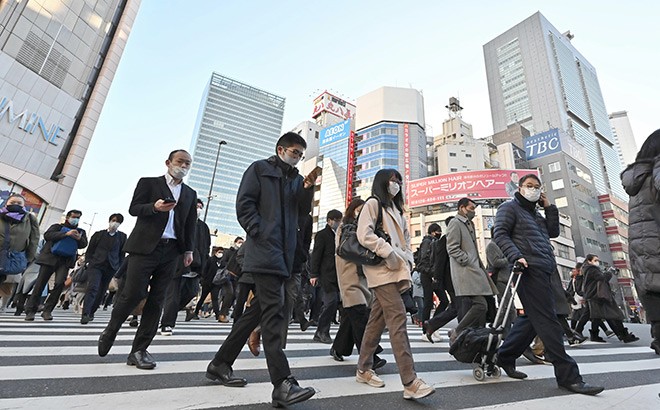 Novel coronavirus-related numbers point to improved conditions in Tokyo nearly three weeks since the state of emergency was declared, but health experts warn that irresponsible behavior could quickly reverse the positive trend.

The state of emergency was announced for Tokyo and three surrounding prefectures on Jan. 7, when the daily count of new COVID-19 cases often exceeded 2,000 in the capital.

The number of newly confirmed infections on Jan. 25 was 618, the first time since Dec. 28 for the daily count to fall below 700.

However, a day-to-day comparison of new infections does not provide an accurate picture of trends because the tally depends on the number of tests given and the time needed for confirmation.

Mondays, for example, usually have a lower count because public health centers and testing facilities are closed on weekends.

A week-on-week comparison provides a clearer picture, and it shows a downward trend in new infections in the capital.

The ratio of positive results from testing for the virus has also dropped in Tokyo. The percentage is used to determine the extent of community-acquired infections.

In early November, the weekly average of positive tests in Tokyo was less than 4 percent, but the ratio gradually rose to 10 percent on Dec. 30. On Jan. 7, the positive test ratio reached a peak of 14.5 percent.

But since the state of emergency was declared, the rate has declined. On Jan. 24, it was 9 percent.

The percentage of positive tests is one of six barometers used by the central government’s panel of health experts to determine the infection situation and the burden on the health care system of an area.

The most severe level for the barometers is 4, which signals an explosive increase in novel coronavirus infections.

The central government has said these barometers need to reach level 3, indicating a rapid increase in infections, for a lifting of the state of emergency.

An average 10-percent positive test rate for a week falls into both level 3 and 4 of the barometer, according to the central government.

Currently, the positive rate in Tokyo appears to be at level 2, meaning that infections are gradually increasing.

The infection-related numbers have dropped despite the lackadaisical approach taken by many residents in Tokyo.

According to Tokyo Metropolitan Institute of Medical Science, crowd sizes in nightlife districts of Tokyo during the week until Jan. 16 were about twice as large as the smallest turnouts recorded in spring 2020, when the first state of emergency was issued nationwide.

The institute analyzed population data collected through a global positioning system at seven locations in Tokyo from 8 p.m. until midnight. These locations were in Ikebukuro, Shinjuku, Shibuya, Ueno, Ginza and Roppongi.