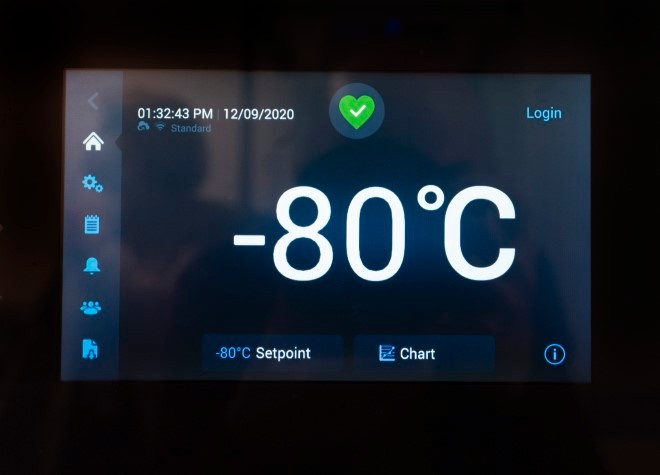 Already the last major industrial country to start vaccinations, Japan is likely to be hampered on the ground by a lack of containers and dry ice, and difficulties in recruiting medical staff, more than a dozen people involved in the inoculation drive told Reuters.

Prime Minister Yoshihide Suga has said vaccines are critical to holding a successful Olympics after last year’s delay. The first shots for medical workers are planned at the end of February, leaving just 145 days until the start of the Games on July 23.

Japan will need to deliver about 870,000 injections a day to inoculate half its population by then, with each person needing two shots.

“The government’s plan puts a big burden on the individual municipalities in giving out the vaccines,” said Koji Wada, an adviser on the government’s COVID-19 response. “Big metropolitan areas like Tokyo may have the infrastructure to roll out the vaccinations smoothly, but more rural areas... could have more difficulty.”

Companies that transport medicines say there may not be enough specialized containers to carry the Pfizer Inc. vaccine, which has to be stored at minus 75 degrees Celsius. Initially at least, the Pfizer vaccine is the only one to be used in Japan.

A government source told Reuters that officials only began assessing whether there were enough containers or dry ice to pack them late last year.

Medical staff, already exhausted from caring for a third, deadly wave of infections, will need to be mobilized to give out shots of the still unapproved vaccine.

Ahead of those first jabs, Japan’s health ministry on Wednesday carried out mock inoculations in a nursing school gym in Kawasaki, in Kanagawa prefecture.

There, nurses led yellow-vest clad volunteers into booths for mock injections and then left them in a waiting area for 30 minutes to check for allergic reactions.

With five nurses, the facility could deal with around 30 patients per hour and would open and close depending on vaccine supplies, according to officials.

“I hope this drill can serve as an example that can be used or adapted elsewhere around the country,” Kawasaki mayor Norihiko Fukuda told reporters.

Opposition Democratic Party for the People leader Yuichiro Tamaki, who has pressed Kono and Suga for a vaccine schedule, predicted that only a fifth of Japan’s population may be vaccinated in time for the Olympics.

“You need at least 60 percent to get herd immunity, so we could face a fourth or fifth wave of infections,” he told Reuters.

Japan has purchased enough Pfizer vaccines for 72 million people, more than half its population. The government is buying some 20,000 specialty coolers and sourcing massive quantities of dry ice for its transportation.

Japan produces about 350,000 tons of dry ice per year, but it’s mostly for food preservation, according to an official with one of the major makers. To transport the vaccine, the government will need a granular or powder type of ice, which can keep temperatures colder than the standard dry-ice blocks used for food.

“It’s not just a case of being able to switch a part on a machine, the production method (for the ice) is different,” said the official, who asked not to be identified. “It would take several months to retool.”

Transport company Nippon Express Co. Ltd. was involved in discussions to distribute Pfizer’s vaccine, but was depending on the drugmaker to provide special containers, a spokesman said.

By February the company will have completed four specialized drug warehouses across Japan, but those aren’t designed to store for ultra-cold products like the Pfizer’s vaccine, he said.

Nihon Freezer Co., which makes industrial refrigerators, is building 2,300 freezers for the government, but without a formal contract until the vaccine is approved, a company official said.

“We have made about half of them and should have the remainder finished by June,” the official said about the freezers it manufactures in Denmark. “Finding enough components has been difficult because of the sudden increase in production.”

Once delivered, already overstretched medical workers will administer the vaccines. A Kyodo News survey showed about 80% of prefectural governments were concerned about having enough staff to give injections.

Multiple front-line doctors have said they lack manpower to deal with the crisis.

Nurses from the Self-Defense Forces have already been deployed to some pandemic-stricken cities, and could be called on again, a defence official said. The SDF has about 2,000 doctors and nurses qualified to give injections, though all can’t be spared, he said.

Japan has also contracted for hundreds of millions more vaccine doses from multiple overseas makers, but those won’t be mobilized for months.

That could add to doubts about the Olympics, but hurrying the process would be worse, said Yoshihito Niki, an infectious disease specialist at Showa University Hospital.

“It’s better to move more cautiously and carefully with vaccinations than to make local municipalities rush forward with preparations,” he said.